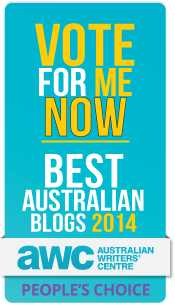 TELEVISION.AU — The History Of Australian Television has been nominated in the Australian Writers’ Centre Best Australian Blogs Competition 2014.

The TELEVISION.AU website was established in 2000 and expanded to include the blog in 2007.

Both sites were amalgamated into the single platform in 2012.

To vote for this website in the People’s Choice Award please click on the above logo or here and follow the prompts. This site is listed under “T” for Television.AU.

Your vote is much appreciated. Thank you!

Permanent link to this article: https://televisionau.com/2014/04/vote-now-best-australian-blog-competition-2.html