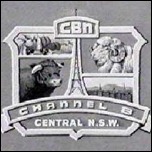 The first was CBN8, based in Orange and serving the Central Tablelands region of central western NSW, launching on Saturday, 17 March 1962.

CBN8’s signal was broadcast from a transmission tower atop Mount Canobolas which, at approximately 1400 metres above sea level, made it the highest transmission tower in Australia.  This gave the station’s signal a wide coverage area, with reception of test transmissions recorded as far away as Canberra, the Blue Mountains and Sydney’s far western suburbs.

CBN8’s first general manager was Alan Ridley, a long-time resident of Orange who joined the station with 25 years’ experience in regional radio.  Other senior staff appointments came with experience in Sydney, Melbourne, Adelaide, Hobart, the United Kingdom and Canada.

The new channel, owned in partnership with local radio station 2GZ, promised an initial schedule of around 35 hours of programming each week.  Most programming was imported from the US but the station also established local programming, including a news service with bulletins each weeknight at 6.45pm and 10.00pm and at 7.00pm on weekends.  The newscasts combined local news stories with national and international stories sourced via Australian United Press.

BP Pick-A-Box, the BP Super Show and The Mobil-Limb Show were some of the first ‘national’ Australian programs to appear on the channel. 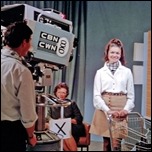 CBN8 also produced programs like the long-running Jackpot Quiz, hosted by Bob McGready and which also introduced a young Sue Smith (pictured), who would later go on to a career in news and current affairs with the Nine Network.

In 1965 CBN had secured the licence to operate the new television station for Dubbo and the Central Western Slopes district.  The new channel, CWN6, was essentially operated as a relay station from CBN. 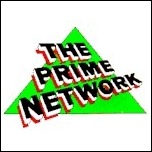 By the 1980s CBN-CWN had affiliated with another regional station, MTN9 Griffith, to form Mid State Television.  Then in the late 1980s, CBN-CWN had become part of The Prime Network (now Prime7), a newly-formed network of regional stations as the industry was preparing for the new era of aggregation.  Prime had aligned itself with the Seven Network for the provision of programming.  In March 1989, Prime extended its signal to cover the Wollongong and Canberra regions to compete with those areas’ local channels.

Since 2010, studio production of Prime7’s local newscast for the Orange and Dubbo regions was relocated to the network’s centralised facility in Canberra. 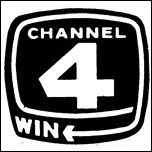 WIN4, serving Wollongong, the Illawarra region and the south coast of NSW, made its official debut on Sunday, 18 March 1962.  The station’s first program on opening night was a news bulletin presented by Don Dive and which included a greeting to viewers by general manager Robert Lord.

WIN4’s regular weekday schedule commenced at 5.15pm with the children’s show The Channel 4 Club, hosted by Ralph Fairbrother, followed by various imported serials such as Lone Ranger, Robin Hood and The Invisible Man before Don Dive presented a 15-minute news at 6.45pm. 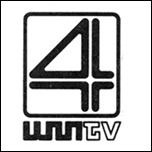 The channel was later bought out by budding media tycoon Rupert Murdoch, who also owned Adelaide station NWS9 at the time.  In 1979, Murdoch had to sell off his interests in WIN4 in order to permit his bid to gain control of TEN10 Sydney and ATV0 Melbourne, the major stations in the 0-10 Network. 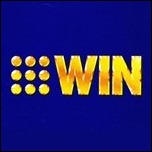 WIN4 was then bought out by businessman Bruce Gordon, who continues to own what is now a nationwide media organisation.  Through the aggregation of regional television markets and various acquisitions made along the way, WIN Corporation’s television outlets now broadcast throughout Southern NSW/ACT, regional Queensland, regional Victoria, Tasmania, Mount Gambier and Riverland in South Australia, and regional Western Australia.  The company also owns channels STW9 Perth and NWS9 Adelaide as well as a handful of radio stations and production company Crawfords Australia.

Permanent link to this article: https://televisionau.com/2012/03/more-stations-turning-the-big-5-0.html