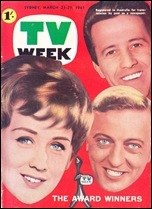 The Gold Logie for Australia’s most popular television personality was won by Pick-A-Box host Bob Dyer.  “This is the most exciting night of my life,” he said as he received his award.

Sydney’s ATN7 won two Logies – one for variety show Curtain Call, the predecessor to variety series Revue ‘61 and which introduced English-born Digby Wolfe to Australian audiences, and one for the play Shadow Of A Pale Horse.

National broadcaster ABC also won two Logies – Stormy Petrel, the story of the mutiny against Captain Bligh when he was Governor of New South Wales, was awarded Best Drama Series, while the broadcaster also won a Logie for its coverage of the Davis Cup tennis which was broadcast via a special link between Sydney and Melbourne. 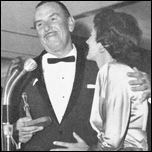 The presentation was telecast live to Sydney viewers in a half-hour broadcast on ABN2, while ABC stations in other states presented a delayed broadcast the following week. 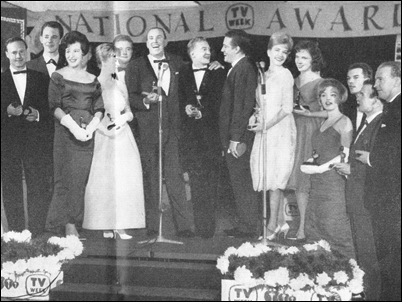