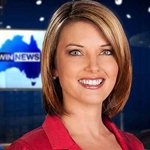 This week marks a new era for production of WIN News‘ Canberra bulletin as it shifts from the Canberra studios after almost 25 years.

Reporters and camera crews will still be on the ground in Canberra covering stories but the bulletin will now be compiled from Wollongong and presented by Kerryn Johnston (pictured).

The current situation is a far cry from twenty years ago, when Canberra was something of a battleground for the three regional broadcasters.

Capital Television (now Southern Cross Ten) had been serving the Canberra market with local news since its inception in 1962. WIN had been covering local news in Canberra since it entered the market in 1989. But the Seven Network affiliate Prime had not had a great launch of local news in Canberra in March 1989 and had quietly wound up the bulletin within two years after a number of format changes.

By 1993 Prime had decided to re-enter the local news contest in Canberra and chose to do it in an aggressive fashion. The network had gone on a recruiting drive, targeting two-thirds of Capital’s top-rating news team — including news chief Ken Begg (also a former Canberra correspondent for the Seven Network) and newsreader Geoff Hiscock. There were also reports that Capital weather presenter Mike Larkan was negotiating an exit from his contract, presumably to join the new team at Prime, though this was not to be. (He is now weather presenter at Ten News in Melbourne) 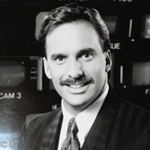 But if Capital was wounded, it wasn’t showing. The network had recruited news director John Stock, who had taken Nine‘s news in Brisbane from third to first place, and managing director Peter Cavanagh (pictured, below left), determined to maintain Capital’s status as the news leader, made the commitment that anyone who had left Capital would be replaced with “the best available talent in the country” — and maintained that some changes were going to happen anyway. “Greg Robson (pictured) was always going to take over from Geoff Hiscock one day, and Geoff’s contract expired in January anyway.”

The plan was for Prime to launch a full-scale one-hour news bulletin, covering both local and national news, up against Capital’s one-hour Eyewitness News and WIN’s hour of local and Sydney-based National Nine News — with all three networks starting their respective news hours at 6.00pm. 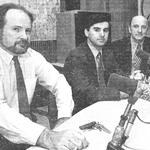 Prior to the three-way news battle Cavanagh, Begg and WIN’s news director Jeremy Lasek were gathered on neutral ground — the local ABC radio — to discuss their upcoming battle. Lasek (pictured, centre) said that the city’s second-ranked WIN News, presented by Peter Leonard, was content to sit out the hype of the “Prime versus Capital” battle and fall somewhere in between — something to which Begg (pictured, far right) was happy to respond:  “WIN seems to think this is just a battle between us and Capital.  Well, I’ve got news for WIN.”

WIN boss Kerry Kingston told media that despite coming second his network’s commitment to news is strong, but the same can’t be said of his competitors.  “You know that in three years time there will still be a WIN local bulletin, but you can’t say that about Prime,” he said, a reference to Prime’s previous track record in the Canberra market.

On Monday, 1 March 1993, a full-page ad (below) in The Canberra Times heralded the start of the news battle.  Prime put its newsreaders Hiscock and Tracey Chamberlain and news director Begg up front, and promised an exclusive interview with the Canberra Raiders’ Mal Meninga. And while Begg was hoping that by recruiting much of Capital’s talent that viewers would feel comfortable in moving across he accepted it wasn’t a guarantee. While he hoped viewers would judge Prime on a story-by-story basis he was realistic enough to know that viewers will largely make their mind up within the first two minutes of the bulletin starting.

The battle for local news leadership in Canberra was not a quick contest but Prime was not to claim victory, and neither was Capital. Capital’s news dominance in the market was eventually eroded by WIN — not an entirely unforeseeable outcome given Capital’s affiliation to third-ranked Network Ten and WIN’s ties to higher-rated Nine.

The widespread axing of local news services across various markets by Prime and Southern Cross sparked a government investigation. Broadcasting rules later stipulated that regional broadcasters in the eastern states were required to provide a minimum amount of local news coverage in each region — sparking Prime and SCA’s establishment of centralised facilities in Canberra to provide news updates across their various regions.

Permanent link to this article: https://televisionau.com/2013/07/flashback-to-canberras-other-leadership-battle.html