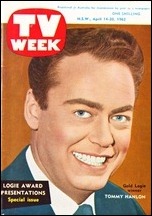 Tommy Hanlon Jnr (pictured), the American-born host of the daytime game show It Could Be You, and entertainer Lorrae Desmond were the winners of the Gold Logies at the 4th annual TV Week Logie Awards, held at Melbourne’s Chevron Hotel on Saturday, 31 March 1962.

It was the first time that the Gold Logie was awarded to both a male and female personality – a custom that would continue on and off for the Logies until the late 1970s – hence making Desmond (pictured, below) the first female to win the coveted award.  Her award was also the first Gold Logie to be won by an ABC personality. 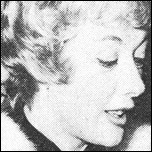 Hanlon was present at the Chevron to accept his Gold Logie, but Desmond – whose self-titled variety show was a hit for ABC – was in Hollywood at the time of the presentation but in her written acceptance to TV Week, she said it was the “nicest thing” that had ever happened to her:

“Quite honestly I have never been so surprised and delighted.  With every performer, I’m sure the most important thing in the world is to be liked by your own people.  Therefore, any measure of success in your own country is much more warming and rewarding than achievement overseas.  So from the bottom of my heart, thank you to the readers, judges and people concerned who gave me this award.”

Interstate guests were flown to Melbourne’s Essendon Airport via airline TAA’s ‘Operation Starlift’.  Upon arrival in Melbourne, the guests travelled via a fleet of open-roof cars, the procession guided by a police escort as it made its way through Melbourne to the Chevron. 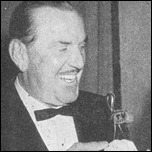 The event was hosted by Gerald Lyons with 1961 Gold Logie winner Bob Dyer (pictured) handing out the statuettes.  The presentation had a 30-minute live broadcast on ABV2 in Melbourne with delayed telecasts in other states.

The presentation also marked the first ever State-based Logies to be awarded to Western Australian and Tasmanian personalities – with ABC hostesses Diana Ward and Wendy Ellis being voted as most popular in those States respectively. 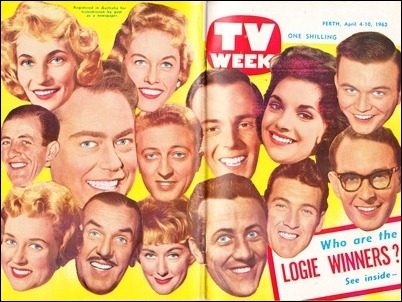 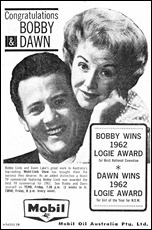 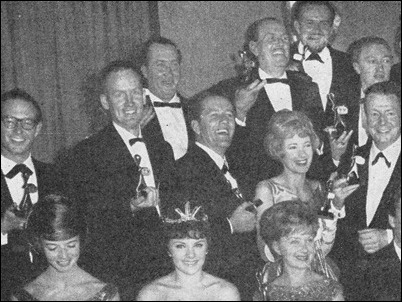 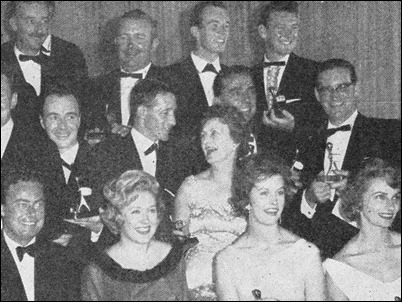