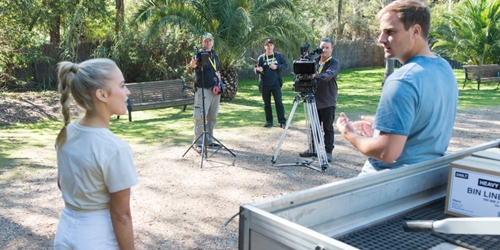 Neighbours makes international headlines when it resumes production amid the COVID-19 pandemic.

The decade starts as the COVID-19 pandemic wreaks havoc around the world and whole cities and countries go into lockdown. No sector is left unscathed, and the television and creative arts industries are brought to a standstill. But international eyes become focussed on Australia as it becomes one of the first countries to establish COVID-safe production models. The widespread ramifications of the pandemic are set to take years to recover from.

Permanent link to this article: https://televisionau.com/timeline/2020-2029