It was the first time the Awards were held in Sydney since 1981.

Current affairs host Mike Willesee was Master of Ceremonies of the night’s presentation which was broadcast via the Nine Network.  The awards ceremony paid tribute to 30 years of Australian television.

The Gold Logie was Somers’ second, having also won the premier award at the 25th Anniversary TV Week Logie Awards in 1983.  His second Gold Logie followed a year which saw the prime-time Hey Hey It’s Saturday shift to the earlier 6.30pm timeslot, and his hosting of Nine’s afternoon game show Blankety Blanks.  On a personal front, it was also a year he married long-time partner Julie Da Costa.

Somers also collected a second award on the night, for Most Popular Male Personality in Victoria. 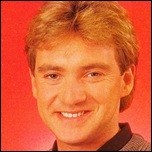 In winning the Gold, Somers had beaten fellow nominees Greg Evans (Perfect Match), Ray Martin (Midday With Ray Martin) and Anne Tenney (A Country Practice).  The year had been significant for all three fellow nominees.  As well as hosting Perfect Match, Evans (pictured) had also hosted the previous year’s TV Week Logie Awards and a new talent quest series, Star Search, for Network Ten.  Nine’s Ray Martin had made the risky move from 60 Minutes to host the new Midday program, taking over from the long-running The Mike Walsh Show which had moved into prime-time.  And Tenney had made her farewell from A Country Practice with the emotional departure of character Molly Jones.  She also featured in the ABC mini-series Flight Into Hell, scoring a nomination for Most Popular Actress In A Single Drama Or Mini-Series.

The Nine Network mini-series Anzacs won three Logies, including individual Logies for actor Andrew Clarke and actress Megan Williams.  The ten-hour mini-series was the most ambitious television drama production ever undertaken in Australia, costing more than $8 million and was six years in the making.  The series also featured Paul Hogan in his first dramatic role, and popular young actor Jon Blake. 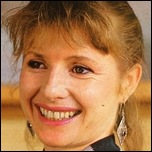 Network Ten series Neighbours, which had only recently made the move from Seven, scored its first ever Logies.  Actor Peter O’Brien was awarded Most Popular New Talent, while Neighbours won the award for Most Popular Program in Victoria.

The Nine Network won the award for Outstanding Sports Coverage for its coverage of the first Australian Formula One Grand Prix in Adelaide, beamed around the world to an estimated 700 million viewers and which won high praise from the Formula One participating nations. 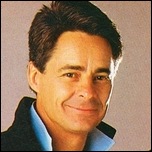 60 Minutes won the Logie for Most Popular Public Affairs Program and one of its reporters, Ian Leslie (pictured), was awarded Reporter Of The Year.  Nine’s Sunday program won the award for Best Public Affairs Report for Jennifer Byrne’s coverage of the 1985 Tax Summit.

Brisbane-based TVQ0’s Eyewitness News won Best News Report for its report of the Eagle Farm siege, when a deranged man threatened to fire a shotgun and ignite a tankerload of fuel at Brisbane Airport. 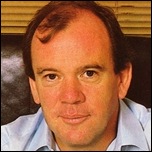 As well as hosting the Logies presentation, Willesee (pictured) scored an award for Most Popular Documentary Series for his series of specials for the Nine Network.  One of the most talked-about programs from the Willesee series during the year was Tommy Doesn’t Exist Any More, a sympathetic look at the lives of three transsexuals.  Another program, Sink Or Swim, looked at the life of one of Australia’s leading underwater naturalists, Neville Coleman.  And before the age of Big Brother, Willesee presented More Than A Game – a two-hour special which observed the behaviour of 15 people from different walks of life who were taken to a remote rural location where they had to form their own new society. 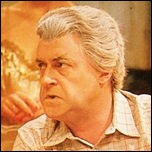 Mini-series producers Kennedy-Miller were presented a Logie for Sustained Excellence – having produced landmark series The Dismissal, The Cowra Breakout and Bodyline.

The local newscast, Newshour, from Bendigo channel BCV8 won the Logie for Outstanding Contribution by Regional Television.  One of the news bulletin’s highlights from the year was its coverage of the Murray River tour of HRH Prince Charles and Princess Diana. 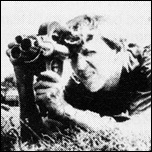 News cameraman Neil Davis (pictured) was posthumously inducted into the TV Week Logie Awards’ Hall Of Fame.  A war correspondent for over 20 years, Davis had been gunned down in September 1985 while covering a coup attempt in Thailand. 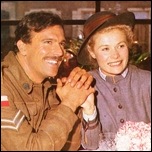 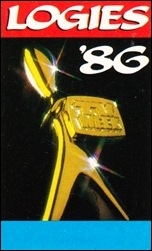