Practiced professionals
This week’s return of A Country Practice, now on Network Ten, sets the pace early, with a wedding, a reunion and a life-saving operation. And for Andrew Blackman, continuing his role as Dr Harry Morrison, the revived series gives him a bigger role now as Wandin Valley’s only regular GP. “The move to Ten has meant a huge change for me,” he told TV Week. “The only thing that’s the same is that my character is the same and there are a few familiar names and places in town.” Joan Sydney, who left the original ACP five years ago, is now back as Matron Sloan. “When I was first asked to come back in 1990, I turned them down because I was just finding my feet again with theatre,” she said. “But I said yes this time because I thought it would be nice to renew acquaintance with the old girl (Sloan).” 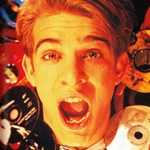 Tunn turns it up!
Michael Tunn (pictured), host of ABC‘s The Afternoon Show, is now host of its replacement program, music show Loud. The new half-hour series includes music videos as well as movie and video game reviews. The 20-year-old says that despite being up against game shows, Loud‘s 5.30pm timeslot will make it very appealing for its youth audience. “5.30pm is a bit of a hard zone for teenagers, because there’s not a lot on for them. The game shows are aimed towards adults anyway,” he told TV Week. But he knows the show will be a challenge. “Youth television is the hardest television in the country at the moment — I think Level 23 discovered that. I think their timeslot (6.00pm) was a big factor for them… it’s pretty hard to convince mum and dad not to watch the news and to watch that program instead.” As well as hosting Loud, Tunn will continue his five-night-a-week shift on radio Triple J. “I’m really a radio person,” he said. “In TV, I’m sort of like a radio DJ on television, as opposed to a television presenter.” 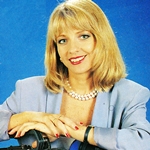 Michelle finds talkback a turn-off
Former Hinch reporter Michelle Reiken (pictured) says switching networks earlier this year is the best move she’s ever made. After Ten axed the Hinch program she knocked back an offer to join Ten’s Alan Jones Live as she felt the program lacked direction. “I had a lot of concerns about the direction Alan Jones Live would take,” she told TV Week. “I couldn’t get any answers to a lot of the questions that I asked about the format and the content. I was a little bit concerned that they didn’t seem to have it thought through.” But now as Brisbane bureau chief for Seven‘s Real Life, Reiken is pleased to be working on a program that relies less on foot-in-the-door journalism. “The audience grew very tired and cynical of that and I think Real Life has been the first program to offer an alternative.” 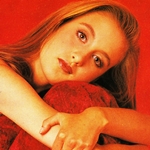 “It’s unmistakeably that time of year again. Well, it’s a little later than what has been that time of year in the past, but I suspect the TV Week Logie Awards would have a very special feel about them no matter what time they were held. One of the main reasons we decided to go later this year — April instead of the traditional March — was that it would better fit in with the hiatus taken by the US series, in theory, therefore, increasing the availability of international stars to be our special guests. Well, a bit of a rumble in the bowels of the Earth somewhere under Los Angeles soon fixed that. Not only did it cause death and destruction, but the earthquake also created havoc with the production schedules of many series and movies. That time, of course, has to be picked up.” 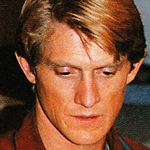 Wednesday: In the series return of A Country Practice (7.30pm, now on Ten), Harry (Andrew Blackman, pictured) receives some devastating news from wife Kate in China, and Ian (Paul Gleeson) enlists Esme Watson’s (Joyce Jacobs) help for a special Valentine’s Day dinner. Tina Bursill stars in Long Way Round, this week’s drama in Under The Skin (8pm, SBS). In documentary No Death In Brunswick (8.30pm, SBS), Father Anthony Bongiorno from Brunswick, Melbourne, talks about his faith and the future of the Church.

Thursday: In Neighbours (6.30pm, Ten), Lou (Tom Oliver) asks Brett (Brett Blewitt) to propose to Cheryl (Caroline Gillmer) on his behalf. In Beyond 2000 (7.30pm, Ten), Iain Finlay investigates how British Telecom and Apple Computers are trying to encourage people to lose their apathy towards computers. Sketch comedy series Full Frontal (8.30pm, Seven) is back with a new series.

Friday: In Neighbours (6.30pm, Ten), Rick (Dan Falzon) is shocked when he discovers he has failed everything except Japanese for the first term. In Home And Away (7pm, Seven), Tug’s (Tristan Bancks) dyslexia causes a near disaster. Friday Night Football (7.30pm, Seven) features Sydney Swans versus Richmond, live from Sydney.