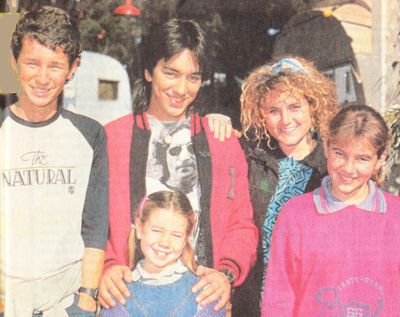 The decision by the Seven Network to axe Neighbours after 170 episodes is one that it came to regret — but it must have learned something from the experience because only two years later, another teen-oriented soap was being prepared to fill the gap.

Seven had produced a pilot episode for a new series Home And Away in 1987. Unlike the usual custom of outsourcing drama production to independent production companies such as Grundy or Crawford Productions, Seven chose to produce Home And Away in-house.

Producing a series such as a drama in-house was a risky proposition, the last time a network chose to produce their own drama was when Network Ten put together its infamous flop Arcade in 1980.

The new series was based around a family who had taken up residence as proprietors of a caravan park in a seaside community known as Summer Bay.

But this family wasn’t quite the average — the series’ original premise was that husband Tom (Roger Oakley) and wife Pippa (Carol Willesee, wife of current affairs host Mike Willesee) were unable to have children of their own, so instead they had taken five foster children into their care, ranging from ‘streetwise’ Frank (Alex Papps) down to pint-size Sally (Kate Ritchie).  The rest of the brood was made up of Steven (Adam Willits), Carly (Sharyn Hodgson) and Lyn (Helena Bozich).

The series in its early production stages wasn’t without a few dramas of its own. Production had barely started when Willesee had been forced to back out of the series, leaving the character of Pippa to be re-cast to Vanessa Downing at short notice, and forcing the re-shoot of scenes previously featuring Willesee. 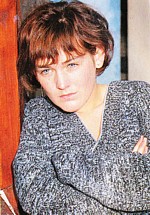 Another cast member from the pilot, Gwen Plumb, also had to be written out from the series.  Following production of the pilot, Plumb had taken up a new role as ‘Mum’ Foote in the semi-rural soap Richmond Hill which had just started production for Network Ten.

Even though it featured some well-known and experienced performers, Home And Away had a definite youth focus — with younger characters dominating much of the storylines, and as a result, a lot of magazine covers which would only help ratings. The Seven Network aired the two-hour pilot of Home And Away on Sunday 17 January 1988 with the first half-hour episode screening the following night.  By launching the series outside of the ratings season, it was hoped the series could build up some audience support while there was less competition being programmed against it.  Coupled with a revamped news and current affairs line-up, Home And Away was hoped to help boost Seven’s early evening ratings which had taken a battering in previous years.

But despite good reviews and the pre-ratings season launch, Home And Away struggled to get a hold on the audience, particularly when compared to the ratings powerhouse that was Neighbours.  Like it had done with Neighbours three years earlier, Seven put itself in an awkward situation with Home And Away being slotted into different timeslots in each city.  In Melbourne and Sydney it was scheduled at 6.00pm up against the top-rating National Nine News, in Brisbane it was at 6.30pm, in Adelaide at 5.30pm as lead-in to the news, and Perth had it scheduled at 7.00pm. 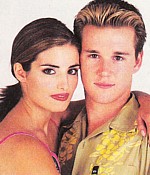 But while Seven lost interest in Neighbours when initial ratings were less than brilliant, they were more determined for Home And Away to work — and by the end of the show’s first year its ratings had improved considerably.  Strangely, most notably was the show’s massive popularity in Perth where it regularly topped the ratings charts as the city’s highest rating show, helped by the fact that Perth had only two commercial channels up until mid-1988, something which kept Neighbours out of circulation in that city for some time.

In 1989, the immense popularity of Neighbours in the United Kingdom inevitably led to Home And Away being sold there as well.  Commercial network ITV bought Home And Away and gave it an afternoon timeslot, similar to Neighbours on BBC — where it maintained strong audience figures to the point where it eventually was poached by rival commercial network Channel 5 which was new to air and needed an established hit like Home And Away to boost public awareness of the new channel.  Such is Channel 5’s investment in the series, that it now effectively ‘owns’ half of the production and has creative input into some of the show’s content, and as a result can count it towards its required quota of local content even though it’s produced over the other side of the world. The launch of the series on Channel 5 also saw a number of cast members making the trip to the United Kingdom to tape some scenes on location.

Back in Australia, Home And Away continued to build on its audience and by 1992, Neighbours‘ high-rating era was over and Seven had enough confidence in its product to decide to put Home And Away into the 7.00pm timeslot across the network, putting both shows squarely up against each other. Having the two series up against each other only had the effect of splitting the audience between them, but it was Neighbours that retreated from the battle after less than two months — moving to the 6.30pm timeslot.

Despite its early evening timeslot, Home And Away manages to tackle the usual controversial topics of the day such as teenage pregnancy, sexual assault, domestic violence, drug use, mental illness, alcoholism and some ever-so-subtle references to homosexuality.  The town of Summer Bay also suffered its fair share of natural disasters — usually coinciding with the pre-Christmas cliff-hanger — including a cyclone, a landslide, an earthquake, and any number of bushfires.  The supposedly quiet seaside town of Summer Bay has also witnessed murders, boating accidents, abductions and in 2005 kept viewers guessing for weeks over who was the Summer Bay stalker (it was nurse Zoe McCallister, played by Emily Perry).  A year later, the 2006 season came to an end with a near-fatal attack on Sally Fletcher (Kate Ritchie).

And while Neighbours produced its first ‘power couple’ Scott (Jason Donovan) and Charlene (Kylie Minogue) in the ’80s, Home And Away also managed to create a few of its own — including Frank (Alex Papps) and Bobby (Nicolle Dickson) in the show’s first year, then later followed by Shane (Dieter Brummer) and Angel (Melissa George) whose on-screen wedding provided the ultimate soap opera moment when wheelchair-bound (due to a car accident injury) Angel leapt out to walk down the aisle. 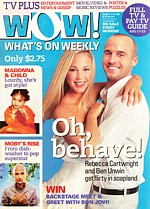 It would be impossible to name every actor that has appeared in Home And Away over 20 years, but names such as Danni Minogue, Julian McMahon, Guy Pearce, Melissa George, Craig McLachlan, Naomi Watts and Heath Ledger, while some might not have been ‘discovered’ by Home And Away, went on from the series to international careers. Other names to have passed through Summer Bay have included Belinda Emmett, Rebekah Elmaloglou, Debra Lawrence (taking over the role of Pippa Fletcher from Vanessa Downing), Emily Symons, Terence Donovan, Ivar Kants, Ryan Kwanten, Bec Cartwright (now Bec Hewitt), Tim Campbell, Ada Nicodemou and Isla Fisher.  Soap opera stalwart Rowena Wallace was signed up for a guest role in the early 1990s but was struck off at the last minute when she derided the series in a press interview. The role ended up going to Debra Byrne, but Wallace was later to appear in Home And Away in a separate role a decade later.  Other famous guest appearances included performer John Farnham, swimmer Ian Thorpe and tennis champion Lleyton Hewitt.

With the series lasting so long, naturally a number of cast members have had enduring stints with the program.  Norman Coburn played school principal Donald Fisher dating back to the show’s early days, and stayed with the series until recent years. Judy Nunn left the series in 2000 after twelve years as the proprietor of Summer Bay’s iconic diner. Kate Ritchie, who was only nine years old when the series began production, suffered the awkwardness of growing up on television but continued with the series until she was almost into her thirties, and collected two TV Week Gold Logies towards the end of her run.

Cornelia Frances, who became well-known as the nasty Sister Grace Scott in The Young Doctors, had a recurring role as resident nasty Morag Bellingham — which also led to her taking the role of the sharp-tongued host on the 2001 game show The Weakest Link.

Both Ritchie and Ray Meagher had entered the record books as the longest-surviving actors ever in an Australian TV series. With Ritchie now out of the series, Meagher now has that honour alone.

The enduring popularity of Home And Away (which continues to rate amongst Australia’s most popular series) has seen the series inspire CD and DVD releases — including a DVD-only telemovie Secrets And The City, paperback novels, and also led to Seven and Channel 5 planning a joint venture spin-off series featuring former Home And Away characters as they entered university.  Channel 5 later withdrew from the concept, but Seven reworked the series into a stand-alone drama Headland which had a brief run in 2005-06. 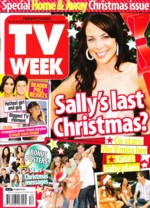 Permanent link to this article: https://televisionau.com/feature-articles/home-and-away