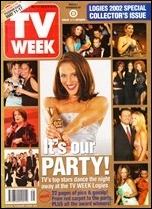 All Saints star Georgie Parker was awarded the Gold Logie for Most Popular Personality on Australian Television at the 44th annual TV Week Logie Awards, held at Melbourne’s Crown Entertainment Complex on Sunday, 28 April 2002, and televised on the Nine Network.

It was Parker’s second Gold Logie, having also won the publicly-voted award the previous year.  She was presented with the award by Good Morning Australia host and four-time Gold Logie winner Bert Newton.

“This is a great personal thing for me, but it always reflects back to the show,” Parker told TV Week.  “Winning the Gold is exciting and weird at the same time.  I don’t really make myself accessible as a personality, so it’s interesting to get an award for Most Popular Personality.”

Her fellow nominees for the Gold Logie were Rove McManus (Rove Live), Ada Nicodemou (Home And Away), Libby Tanner (All Saints) and John Wood (Blue Heelers). 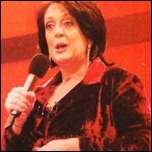 Comedian Wendy Harmer (pictured) was the host of the evening – the first female to ever host the Logies presentation solo – but as a number of other Logies hosts have found, it is one of the toughest gigs in television.  Reviews of Harmer’s performance were harsh to say the least, but even the host herself later accepted that it was not her finest work, as she told The Age in 2010:

”One of the things that happened to me was that I’d been doing radio in Sydney for so long that when I came down to talk to an audience who are in Melbourne doing TV, they basically said, ‘What does she know about what we’re doing?’ And fair enough, in retrospect.”

”And here’s the interesting dilemma. Where do you learn to do something like that? You only learn it in the doing of it.”

”Some of the advice I got from the producers was really bad. The funny part about it is that I think I would now know how to do it.”

As well as Parker’s Gold Logie it was a big year for All Saints, with the show also winning two Silver Logies – one for Most Popular Program and the other for Libby Tanner as Most Popular Actress.

After more than twenty years on television, dating back to classic soaps The Restless Years and Sons And Daughters, actor Peter Phelps from Stingers (Nine) collected the Logie the Most Popular Actor. “This is just fantastic… totally unexpected,” he told TV Week. “The Logie means people respect your work and that’s really the best thing you can possibly have as an actor.” 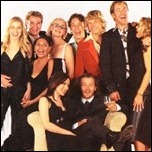 Network Ten’s drama series The Secret Life Of Us (cast pictured) also scored well with two Logies to its credit – Most Outstanding Drama Series and for Deborah Mailman as Most Outstanding Actress.  And with the Big Brother craze at the height of its popularity, the Network Ten show took out the Logie for Most Popular Reality Program.  As Big Brother conducted its live eviction shows on Sunday nights, the show’s host Gretel Killeen accepted the award via a live cross to the Big Brother set on the Gold Coast. 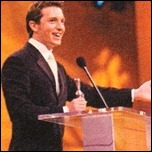 In accepting Rove Live’s award for Most Popular Light Entertainment Program, host and producer Rove McManus (pictured) dedicated the award to his “partner in life and partner in crime”, actor and TV presenter Belinda Emmett.

Seven’s current affairs program Today Tonight had finally scored its first Logie for Most Popular Public Affairs Program – a category that its main rival A Current Affair had dominated since the category was launched in 1989, having lost out only once to Today Tonight’s predecessor Real Life.  “It’s testament to the fact that we’ve plugged away for so many years,” host Naomi Robson said.  “All the hard work has paid off.  I want to thank Seven for sticking with us.  There was a point a few years back where people were starting to say, ‘Are they going to make it?’ But here we are.” 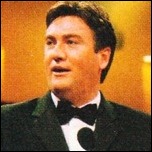 Nine Network host Eddie McGuire (pictured) had his two shows, Who Wants To Be A Millionaire and the AFL-based The Footy Show, win Most Popular Game Show and Most Popular Sports Program respectively.

For SBS current affairs program Dateline it was a double celebration, with the show winning two awards for Most Outstanding Special Report In A Current Affairs Program.  Two stories, The Dirty War and See No Evil, were equal winners in the industry-voted category.

Veteran television journalist, producer and presenter Mike Willesee was inducted into the TV Week Logie Awards’ Hall of Fame.  He was presented the award by his brother, fellow journalist Terry Willesee.

Adding to the glamour of Logies night in 2002 were performances by Colombian pop star Shakira, the legendary Sir Elton John and US trio Destiny’s Child.

Other international guests on the night included The Bold And The Beautiful star Ronn Moss and Frankie Muniz from sitcom Malcolm In The Middle. 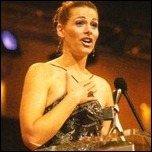 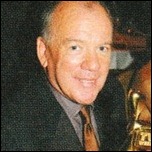 Permanent link to this article: https://televisionau.com/2012/04/tv-week-logie-awards-10-years-ago.html