After almost 60 years of mostly reliable service, today marks the final switch off of analogue television in Australia.

From around 9.00am (local time) today the Melbourne and Remote Central and Eastern Area markets will have their analogue signals switched off — marking the end of a 13-year transition from analogue to digital television across Australia.

According to the latest Digital Tracker survey, in the period July to September 2013, around 95 per cent of Melbourne households had converted at least their main television set to digital. In the Remote Central and Eastern Area market the conversion rate is around 87 per cent. 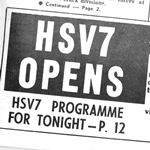 The Melbourne switch-off brings to an end over 57 years of analogue transmission — with HSV7 and ABV2 officially launching in November 1956, just in time for the Melbourne Olympic Games. GTV9 was officially opened by Victorian Governor Sir Dallas Brooks (pictured above) in January 1957 but had been conducting test transmissions towards the end of 1956 and had also broadcast coverage of the Olympic Games.

With the excitement of an Olympics on home soil and broadcast on three channels, it was little surprise that Melbourne had far exceeded Sydney in the rate of television ownership. By the end of 1956 it was estimated that 5 per cent of Melbourne households owned a TV set, compared to one per cent in Sydney. 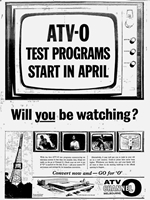 Melbourne became the first three commercial station market in Australia with the launch of ATV0 in August 1964. Despite a hefty investment by transport tycoon Reg Ansett the channel took several years to gain a hold in the Melbourne market, largely due to the unusual channel frequency which required adjustment of older sets or antennas not equipped for Channel 0.

In January 1980, ATV0 was essentially relaunched as a new channel when it converted to ATV10. Later that same year multicultural television made its debut when Bruce Gyngell launched Channel 0/28 (now SBS). SBS ceased transmission on the Channel 0 frequency in January 1986, thereafter broadcasting solely on the UHF band.

Community TV debuted in Melbourne when Channel 31 launched in October 1994, although a number of test transmissions had been conducted by various community TV groups in the years beforehand. 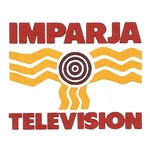 The two largest towns in the Remote Central and Eastern Area, Alice Springs and Mount Isa, first received television in the early ’70s with ABC starting up local stations ABAD7 and ABIQ6 respectively. Mount Isa received its first commercial television station, ITQ8, in September 1971 — but it was 1988 before commercial television arrived in Alice Springs with the launch of Imparja Television, broadcasting via the Aussat satellite throughout central Australia.

In 1999 Imparja expanded its coverage footprint to include the remote Queensland zone, while Queensland-based Seven Central (of which ITQ8 had become part of) had reciprocated by expanding into the Central zone, covering remote parts of Northern Territory and South Australia — thus providing the combined Remote Central and Eastern Area with a choice of two commercial channels.

Imparja and Seven Central (now Southern Cross Television) also became available to remote areas in NSW, Victoria and Tasmania where normal terrestrial television is not available. The two networks, along with ABC and SBS, are now carried via the VAST (Viewer Access Satellite Television) platform along with digital service Ten Central, giving viewers where terrestrial reception is unavailable access to the full range of free-to-air digital channels plus a dedicated regional news channel and the rural health channel RHC. 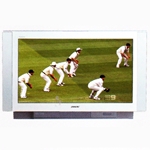 Although digital television had something of a difficult birth in the Australian market in 2001, the transition from analogue to digital transmission has been largely without incident as the analogue signal has been progressively switched off across Australia over the past three years. Most markets, particularly those that had a third commercial network available exclusively in digital, had achieved a high pre-conversion adoption of digital television. The past and present governments have also maintained assistance schemes for those on pensions or other government payments. Eligible viewers needing to migrate to the VAST platform, in areas where the terrestrial signal is unreachable or where local transmission facilities were not upgrading to digital, have also received subsidies. 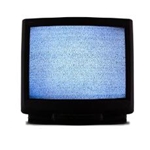 There is also the National Television and Computer Recycling Scheme to facilitate environmentally-friendly disposal of old analogue TV sets and obsolete computer equipment.

With analogue television now decommissioned the broadcasters can continue with their national retune program designed to make more efficient use of broadcasting spectrum and to free up the high end of the UHF band (Channels 52 to 69) for use by alternative technology such as mobile communications.

Information on the Digital Switchover can be found at the Digital Ready website or telephone 1800 20 10 13.

For information on disposal of analogue TV sets, refer to Recycling Near You or your local council.

Permanent link to this article: https://televisionau.com/2013/12/analogue-tv-the-final-farewell.html