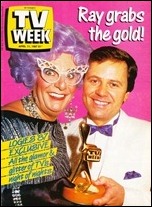 The Gold Logie comes two years after Martin made the risky decision to move away from top-rating current affairs program 60 Minutes to replace Mike Walsh as the host of Nine’s midday variety show. “I always expected Gold Logies to be awarded to entertainers like Tony Barber or (fellow nominee) Daryl Somers,” he told TV Week. “After 22 years as a journalist, I’m just a good story teller.” 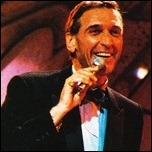 The evening’s proceedings came after what was probably a very anxious afternoon for many interstate attendees, as two flights from Sydney were rescheduled and one developed mechanical problems. Good Morning Australia co-host Gordon Elliott made it on time – but his luggage didn’t. He ended up at the awards wearing a borrowed bow tie, business shirt, check trousers and a pair of sneakers. 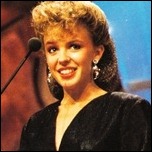 Minogue (pictured), attending her first Logies night, became the youngest to ever win the Most Popular Actress award. The 18-year-old was shocked to win the award that normally goes to more seasoned performers – with previous winners including Lorraine Bayly, Rowena Wallace, Paula Duncan, Val Lehman and Anne Tenney. “Honestly, I didn’t think I’d win. I just wish I’d been better prepared,” she told TV Week. “I was so nervous and really excited at the time and I forgot to thank all of the people in the show.” 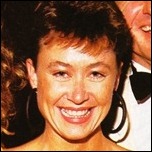 Melbourne’s Eyewitness News (ATV10) scored an industry-voted Logie for Most Outstanding Achievement In News for its coverage of the Russell Street bombing in Melbourne’s CBD in March 1986. Within minutes of the tragic bombing that claimed the life of a young policewoman, Ten was reporting live from the scene and continued to present updates during the afternoon and had compiled a thorough coverage for its 6.00pm newscast.

The Logie for Most Outstanding Single Documentary Or Mini-Series was a draw between two medical documentaries – The Greatest Gift (Nine) and Handle With Care (Ten). The Greatest Gift, presented by reporter Elizabeth Hayes, covered the topic of heart disease and followed the story of two men undergoing heart transplant surgery.  Handle With Care was a docu-drama, directed by AFI award-winner Paul Cox and featured Monica Maughan and Anna-Maria Monticelli as women diagnosed with breast cancer and followed the progress of their respective treatments. 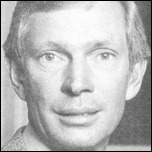 The ABC news special Coup D’Etat won the Logie for Most Outstanding Achievement In Public Affairs. The program, presented by veteran journalist Peter Couchman (pictured), presented a world exclusive as it followed the political crisis in the Philippines which saw the end of Ferdinand Marcos’ regime and the swearing in of new president Cory Aquino.

Children’s television program Kids Only, a production of Ballarat channel BTV6, was the winner of the Logie for Most Outstanding Contribution by Regional Television. The weekly program, hosted by Glenn Ridge, was commended for its special episode dedicated to summer-holiday safety. And although Kids Only won the Logie, the industry judges also highly commended South Australian channel GTS4, Spencer Gulf, for Ten Days In Bay 10, a local re-enactment of the time in 1802 when Matthew Flinders and his crew spent 10 days in the bay later named Port Lincoln. 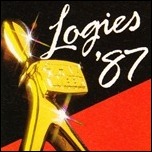 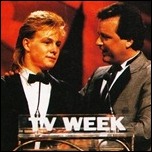 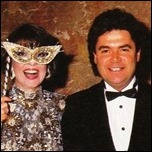