The 62nd annual TV Week Logie Awards were meant to happen this Sunday 28 November. While the awards will not be taking place — for a second year in a row — we continue the annual rundown of past Logies presentations to coincide with what would have been this year’s Logies weekend. Starting with the 1971 awards — 50 years ago.

The awards presentation was held at the Southern Cross Hotel ballroom on Friday 26 March 1971 and hosted by Bert Newton. Kennedy, who rose to fame in Hunter before taking the lead in Division 4, also collected the inaugural Logie for Best Actor. The new category, which was open to male and female actors, was created as part of the broader push for more local production and recognised the growing profile of Australian television drama.

Tabberer, one of Australia’s top models who featured in the panel show Beauty And The Beast before launching her own show, Maggie, won the Gold Logie for Most Popular Female Personality for the second year running, becoming the first female to win the Gold two years in a row. As well as hosting Maggie for the Seven Network, she’d also guest hosted The Mike Walsh Show in Melbourne.

TV Week also minted a special Gold Logie to acknowledge the career achievement of Bob and Dolly Dyer, hosts of the long-running quiz show Pick-A-Box. The program, which began on radio in 1948, was soon to present its final edition after almost 15 years on television and the Dyers were heading for retirement. Long-running drama series Homicide reclaimed the Best Drama category after losing out to Division 4 the previous year. The ABC drama Dynasty (pictured above), the story of the family behind a powerful media empire, won the Logie for Best New Australian Drama. ABC also won awards for Four Corners and comedy Australia A To Z. This Day Tonight won a special award for its political coverage during the year 1970, particularly around the recent change of Prime Ministers. ABC news cameraman Heinz Voelzer (pictured above) also won a special Logie for Best News Report for his coverage of the Canberra student riots during the visit of US Vice-President Spiro Agnew. Sydney-based reporter Steve Raymond (pictured above), who won the Logie for Best News Reporting the previous year, won the award for Best Documentary for Scream Bloody Murder. The program, made for TEN10 in Sydney and later shown nationally, highlighted the increasing road toll problem and was designed, in part, to encourage the wearing of seat belts. 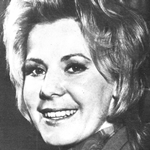 US series Mod Squad won Best Overseas Show for the second year in a row, and the Seven Network also won a special award for its programming initiative towards British comedies as part of the “Seven Revolution” campaign. The programming strategy was seen as a breakthrough in commercial television programming, as British programs were usually the domain of ABC.

The Nine Network telecast was shown live in Sydney, Canberra and Melbourne and taped for delayed broadcast in other states. Special overseas guests at the awards presentation were actors Michael Cole (Mod Squad), Bob and Patricia Crane (Hogan’s Heroes) and Karen Jensen and Peter Haskell of Bracken’s World. Best Comedy: Australia A To Z