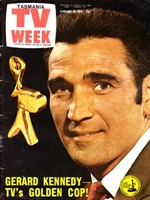 Division 4 star Gerard Kennedy won the Gold Logie for Most Popular Personality on Australian Television at the 14th annual TV Week Logie Awards. The awards were held at Melbourne’s Southern Cross Hotel on 18 February 1972 and hosted by Bert Newton. The Nine Network telecast was shown live to Sydney and Melbourne and for …

END_OF_DOCUMENT_TOKEN_TO_BE_REPLACED 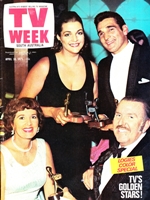 The 62nd annual TV Week Logie Awards were meant to happen this Sunday 28 November. While the awards will not be taking place — for a second year in a row — we continue the annual rundown of past Logies presentations to coincide with what would have been this year’s Logies weekend. Starting with the …