The launch of television in Tasmania in 1960 marked the completion of the Government’s second phase in introducing television across Australia — culminating in TV stations operating in each state capital city.

The last of the cities from stage two, Hobart was to be served by national broadcaster ABC and one commercial station. Three bidders were vying for the commercial licence. The successful bid, announced in October 1958, came from Tasmanian Television Ltd, with shareholders including Davies Bros Ltd (newspaper The Mercury) and Commercial Broadcasters Ltd (radio station 7HO). 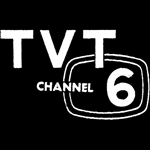 The new station, assigned call-sign TVT6, was operating from its new studios on New Town Road,

The station’s opening night on Monday 23 May 1960 started with a test pattern at 7.00pm followed by the Official Opening by Tasmanian governor Lord Rowallan (pictured above) at 7.30pm and a news bulletin read by news editor Gordon Leed.

The Mercury documented part of Lord Rowallan’s speech on the night:

“I ask you not to be afraid of this new medium, but use it aright. Do not abuse it, but use it with discrimination and you will find that it will have an interest not only for yourselves in broadening your lives in the Commonwealth and in geography, but it will be productive of a continuous stimulus to your children to learn more and understand more of the great world outside.”

“Good luck to the station. May it have an excellent future from your own point of view as well as the point of view of the people of Tasmania, who are going to enjoy many hours of viewing and listening.”

American programs made up the rest of the opening night’s line-up — Dennis The Menace at 8.00pm, I Love Lucy at 8.30pm, Maverick at 9.00pm, and The Eddie Cantor Comedy Theatre at 10.00pm completed the night’s programs. The opening night’s proceedings were based at TVT6 in New Town and were viewed by thousands of viewers around Hobart and surrounding areas, often with large groups of people viewing through shop windows on a cold Hobart winter night. More than 350 guests, including prominent Tasmanian government and business identities and representatives of mainland television stations HSV7, GTV9 and NWS9, were in attendance at a special reception at Wrest Point Hotel and viewed the event on TV screens positioned around the hotel’s spacious dining rooms.

In its opening formalities, TVT6 sent out a greeting to its rivals at ABC, which was soon to launch ABT2 and which would be sharing transmission facilities with TVT on Mount Wellington. TVT also acknowledged the assistance of existing television stations on the mainland – in particular Perth television station TVW7 which had commenced transmission only seven months earlier.

TVT6 also received messages of congratulations and best wishes from overseas stars including Lucille Ball, Raymond Burr (who, as Perry Mason, said “I promise never to lose a case in Hobart. Much success in your new endeavour.”) and Perry Como.

The new channel initially had a program line-up of around 30 hours per week, starting each night at 5.45pm with cartoons. The first week’s programming was predominantly imported content from the US, including Huckleberry Hound, 77 Sunset Strip, Alfred Hitchcock Presents, Leave It To Beaver, Our Miss Brooks, Father Knows Best, Rin Tin Tin, The Red Skelton Show, The Three Stooges, Perry Mason, I Love Lucy, Maverick and Gunsmoke. Australian content included variety shows The Graham Kennedy Show and Gaslight Music Hall. The channel also produced a 15-minute news summary every Sunday to Friday night, and a 15-minute sports report on Saturday. The launch of ABT2 came two weeks later — Saturday 4 June 1960. At 7.00pm, the test pattern faded from screen and viewers then saw an image of the ABT2 call-sign with a replica of Mount Wellington and the station’s new transmitter tower on top. This was followed of scenes of Hobart and the construction of ABT2’s studios and transmitter site.

From the newly-constructed studios on Harrington Street, the station was then officially opened by Postmaster General Charles Davidson, watched by an audience of 300 invited guests at the official function being hosted at the Postal Institute building, and by viewers of an estimated 2000 television sets around Hobart and southern Tasmania.

Mr Davidson, who had earlier visited the transmitter site on Mount Wellington, acknowledged the technical challenges in getting the station on the air, in particular installing the transmitter where weather conditions ranged from temperate to icy cold and snowy and prone to high velocity winds, crediting the state government, city council and the Hydro Electric Commission for their co-operation. Despite the topographic and climatic challenges, installing the 91-metre high mast at 1200 metres above sea level ensured the station’s signal had a clear coverage in all directions around Hobart. Reception on opening night was also reported from as far away as Launceston and Devonport in the state’s north.

ABC Chairman Sir Richard Boyer said that since its introduction in Australia only three years earlier, television had forever changed our way of life:

“I think that it is clear to all, now, that the coming of television is itself historic and socially critical. Whether we like it or not it marks a new dimension in civilised life.

“Our homes, our habits, leisure, and our educational, religious and political life cannot fail to be affected by it.

“For us in the ABC, this fitting of the new medium of television into our old responsibilities of sound radio has been exciting and challenging, but it has not been easy.”

Sir Richard also reciprocated the best wishes from TVT6 for its successful launch only weeks earlier:

“We look forward, between our two stations, to providing these complementary services which our Australian dual system is designed to achieve.

“For the ABC, you, as viewers, must be the judge as to whether or not we do well or ill… Viewers must take their television seriously and let their voices be heard in praise of what they think is good, and in condemnation of what they feel is below standard, for ultimately we shall get the television we deserve.”

After the opening formalities came the first news bulletin from ABT2 at 7.15pm, followed by American series Wells Fargo and The Phil Silvers Show. British film The Square Ring was next, followed by Preview and Flashbacks On The News. The latter featuring ABC news film of events around Hobart in the previous two years, filmed for ABC television on the mainland. The night’s program ended with the special Growing Up With Guba, the program which also appeared on ABC’s opening nights in Brisbane, Adelaide and Perth.

The new ABC studios on Harrington Street, reported to have cost £120,000, began construction in November 1958 for stage one including the ABT2 studios. The second stage of development included facilities for ABC radio incorporating orchestral and drama studios.

With Hobart completing the roll out of television to all state capital cities, the next stage in the introduction of television in Australia would lead to ABC and commercial stations expand into regional centres in New South Wales, Victoria, Queensland and Tasmania, and in Canberra.

Permanent link to this article: https://televisionau.com/2020/05/tv-at-60-tv-comes-to-hobart.html