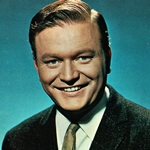 Bert Newton, one of the pioneers and enduring personalities of Australian television, has died at the age of 83. He had been in hospital for several months and went into palliative care recently following complications from recent surgery to have a leg amputated. Born in 1938, Newton started in radio when still a teenager, becoming …

END_OF_DOCUMENT_TOKEN_TO_BE_REPLACED

Permanent link to this article: https://televisionau.com/2021/10/obituary-bert-newton.html 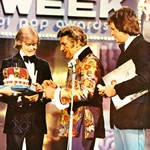 The King Of Pop Awards was the premier awards for Australia’s music industry for over a decade. From its beginning as a popularity poll run by teen newspaper Go-Set in 1967, it quickly evolved into a major awards night conducted by TV Week and went on to be broadcast to a national television audience. It …

END_OF_DOCUMENT_TOKEN_TO_BE_REPLACED

Permanent link to this article: https://televisionau.com/2021/10/the-tv-week-king-of-pop-awards.html