In the 1980s one of the Nine Network‘s many strengths was its early afternoons. The Mike Walsh Show, which became Midday with Ray Martin, followed by US soaps Days Of Our Lives and The Young And The Restless constantly beat anything thrown at them by rival commercial networks Seven and Ten.

When Christopher Skase took over the Seven Network in 1987, it was apparent he was prepared to spend up big to rebuild the struggling network, in particular at HSV7 in his former home town of Melbourne. HSV had essentially been gutted by the network’s previous management, with virtually all local production apart from news wiped out and having suffered the loss of the lucrative rights to football.

Revamping Seven was a battle Skase was prepared to take up on many fronts — news, sport, current affairs — but Seven also wanted to take on Nine’s afternoons with two productions to be made at Seven Melbourne. 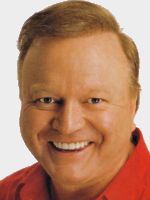 The network had signed up TV veteran Bert Newton (pictured) to host a variety show to go up against Midday. It was to be Newton’s return to television after three years in the TV wilderness, and it was 30 years since he publicly resigned from Seven to go to Nine.

Supplementing the daily one-hour The Bert Newton Show would be a lavish new daytime soap, The Power, The Passion.  The series was to tap in to the general ’80s vibe of big business, big stories and big frocks to combat the glossy US soaps on Nine. Experienced producer Oscar Whitbread was on board and the series had been created by soap veteran Bevan Lee, whose earlier credits included Sons And Daughters and Home And Away. The lead premise in the opening episode, aired Monday 20 March 1989, featured wealthy businessman Gordon Byrne (Miles) returning home after several years in the US, to be reunited with his daughters, Anna (Suzy Cato), Ellen (Hamnett) and Kathryn (Tracey Tainsh), his extended family, and to his long-time housekeeper Sarah (Forster). The three daughters all despise their father, and it’s clear that housekeeper Sarah has a score to settle as well. What follows is the usual soapie fare of romance, corruption, betrayal, infidelity, greed, substance abuse and split personalities — all told with the long stares and the subtlety of ’80s high fashion, which alone was said to have been worth around $1.5 million over the course of a year.

Despite the big budgets and promotion, and Newton having a lighthearted chat with Nine rival Ray Martin during the TV Week Logie Awards the week before his debut, neither The Bert Newton Show nor The Power The Passion proved to be any match for Nine’s Midday. While Midday continued getting ratings at the mid-teens level, Seven’s new double was lucky to be rating twos or threes.

Seven tried to fix the poor ratings by extending The Bert Newton Show from 60 to 90 minutes, to match the length of Midday, but bumped The Power The Passion to late nights. The changes weren’t to revive either show’s fortunes and both barely saw out the end of the year. Newton enjoyed better fortunes when he joined the Ten Network in 1992, staying there for 14 years as host of Good Morning Australia. 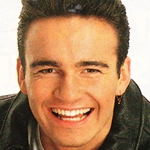 However, The Power The Passion proved the final nail in the coffin of Seven’s repeated attempts to get a home grown daytime soap off the ground. The Power The Passion came after earlier efforts Autumn Affair (1958-59), The Story Of Peter Grey (1961), Motel (1968) and Until Tomorrow (1975). But one of its new talents, Julian McMahon (pictured), clearly went on to much greater things.