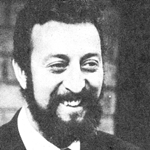 Geoff Harvey, the composer who wrote the soundtrack to some of Australia’s most popular shows, has died at the age of 83. Born in the United Kingdom he came to Australia after World War II and produced records for EMI. He joined Sydney’s TCN9 in the early 1960s. He worked on variety shows like Bandstand, …