The awards presentation was the first Logies to be broadcast on the Seven Network, after the telecast had alternated between the Nine and Ten networks since the early 1980s 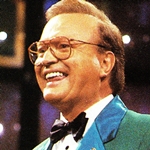 The “red hot mommas” then introduced to the stage Bert Newton (pictured) as MC — his first Logies hosting since 1984.

“It’s a very different Logies night for me,” he later told TV Week. “After all those years doing it with Peter Faiman and the crew at Nine, for the first time I was doing it with people I hadn’t worked with before. But to me it’s a bit like riding a bike. Even if you haven’t done it for a few years, you never really forget. I have always had great respect for Logies night and the awards. They are very special to me. But after four years away I’d forgotten it’s a long time to be up there on stage.”

Hosting the Logies was Newton’s first on-air role since joining the Seven Network. His next challenge was taking on daytime TV king Ray Martin in the midday timeslot, starting the following Monday. Newton and Martin shared a light-hearted moment on the Logies stage ahead of the upcoming midday battle.

For Somers it was his third Gold — having previously won in 1983 and 1986 — but before the night he thought his Gold Logie winning days were over. “The way TV has been going demographically I thought I was out of the race,” he said, a comment reflected by the fact that his three fellow nominees — Kylie Minogue, Craig McLachlan and Jason Donovan — were all young soapie actors, and that their series, Neighbours, was at a ratings high. 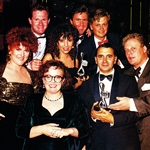 Seven’s Home And Away, which first appeared in 1988, won its first Logie — with Nicolle Dickson awarded Most Popular New Talent. “I’ve been very lucky,” she said. “A year in a regular show, then I’m nominated and suddenly I win. It’s amazing.” 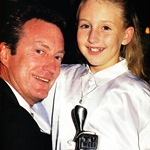 The Seven Network mini-series The Shiralee collected three Logies — including individual awards for Bryan Brown and 12-year-old Rebecca Smart. Brown, who was flown in to Melbourne by Lear jet from South Australia where he was working on location for the film Confidence, paid tribute to his young co-star. “I loved doing this show and I couldn’t have done this without Rebecca, or Tony Morphett (who adapted the novel for television) or George Ogilvie (director),” he said. Brown was also honoured to be inducted into the Hall Of Fame. “It’s a great compliment to be able to accept an award like this. I didn’t think actors won this award. So it did come as a real surprise.” 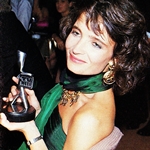 Jana Wendt (pictured), host of A Current Affair, paid tribute to the show’s hard working team in accepting ACA‘s award for Most Popular Public Affairs Program. “Most public affairs programs would give their eye teeth to have a team like the one on A Current Affair,” she said. “It’s the best team around… that’s why all the staff continually get job offers to go elsewhere.”

Rafferty’s Rules star John Wood received the Logie for Most Outstanding Actor for the second year in a row, while A Country Practice star Joan Sydney was awarded Most Outstanding Actress. “This award means a lot to me because it shows that you don’t have to be young and pretty to win a Logie,” Sydney told TV Week. “I’ve never wanted to be a star — just a good actress — but it’s nice to get a bit of encouragement.”

Current affairs program Four Corners won the Most Outstanding Achievement In Public Affairs. The award wasn’t recognition for any specific report but rather for consistent excellence through the year — including Peter Couchman‘s report on the involvement of Australian criminals in prostitution and drug rackets in Manila, Paul Barry‘s report on the mounting death toll from cancer at the Wittenoom asbestos mine in Western Australia, Tony Jones reporting on Chinese Triads moving into prostitution, drug and gambling rackets in Australia, and Chris Masters‘ visit to Gallipoli for an Anzac Day special.

National Nine News reporter Michael Venus was awarded Most Outstanding Achievement In News for his reporting on the events surrounding the tragic deaths of police constables John Tynan and Damian Eyre. The two officers were killed when attending to a routine call in the Melbourne suburb of South Yarra on an early morning in October 1988. In awarding the Logie to Venus, judges also made special mention of reports on the Seoul students’ riot (Nick McCallum, ATV10), Australia Day (TCN9) and Robert Penfold‘s (TCN9) report of violence breaking out at a Belfast funeral.

ABC‘s six-part documentary series Nature Of Australia collected the Logie for Most Outstanding Single Documentary Or Series. The series, three years in the making, was regarded as the first comprehensive television account of how the island continent and its unique plant and animal life came to be. The series also received acclaim at the Wildscreen festival in the United Kingdom.

Rockhampton television station RTQ7 was awarded Most Outstanding Contribution By Regional Television for its series of Walkabout documentaries. The six programs were aimed to bring central and northern Queensland to the rest of Australia during the bicentennial year. 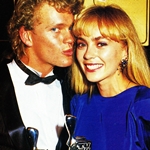 Permanent link to this article: https://televisionau.com/2014/04/tv-week-logie-awards-25-years-ago-4.html