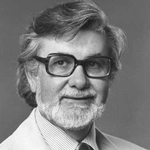 Oscar Whitbread, former television producer, died earlier this week at the age of 86.

Whitbread first joined ABV2 in Melbourne in January 1957, just months after it first commenced transmission. His early years at ABV were predominantly focused on producing documentary and variety programs — in particular, the long-running magazine program Panorama, hosted by popular presenter Corinne Kerby, who was married to Whitbread from the late 1950s.

From those early days of TV, Whitbread was an advocate for increasing local production, but in a 1960 interview published in TV Times, he acknowledged that it was a challenge for Australian television. “We haven’t enough writers, and the ones who are good go overseas,” he told TV Times. “Nor does this apply to writers only. It concerns all talent. We haven’t enough money here, compared with overseas budgets.”

As local television drama progressed in the 1960s, Whitbread moved into drama production, starting with the one-off play On Approval in 1964 and the long-running serial, Bellbird. In the 1996 documentary, 40 Years Of ABC TV, Whitbread recalled orchestrating the controversial exit of Bellbird character Charlie Cousins (Robin Ramsay), who was shown falling from atop a wheat silo. “He was a lovable character… and I killed him,” he recalled. The scene triggered a massive response from viewers, with the ABC switchboard inundated with calls and TV Times receiving viewers’ letters of complaint for months afterwards. The episode became one of the defining moments of the series over its ten-year run.

He later worked for Crawford Productions, producing programs including The Flying Doctors, Acropolis Now and Cluedo, and produced the Seven Network‘s bold move into daytime drama, The Power The Passion, in 1989.

Oscar Whitbread is survived by his son, two daughters and partner Beth. Corinne Kerby died in 2003. Permanent link to this article: https://televisionau.com/2016/05/obituary-oscar-whitbread.html