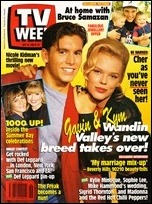 Wandin Valley’s new breed takes over!
The arrival of new cast members Gavin Harrison and Kym Wilson (both pictured) in A Country Practice signals a new era for the series which has in the last few months lost many of its established and popular cast – including Syd Heylen, Gordon Piper, Georgie Parker, John Tarrant, Matt Day, and soon to join them will be Lorrae Desmond.  But Wilson says that despite the cast upheaval there is a positive feeling around the set.  “There are good vibes going around the Seven Network,” she told TV Week.  “It was a bit of a shock – not so much for Gavin and me – for people who have been in the show for a long time; fixtures like Gordon and Syd.  And now with Georgie, John, Matt and Lorrae, of course it’s a bit sad.  But everyone said when Molly (Anne Tenney) and Brendan (Shane Withington) left – then Vicki (Penny Cook) and Simon (Grant Dodwell) – that the show was over.”

Drama touches on a grave concern
Former Australian actor John Bluthal has returned from the UK to play the part of a Jewish father in the black comedy Death Duties, the fourth feature in the SBS drama series Six Pack. For Bluthal, the character is almost a mirror image of himself. “He’s probably the nearest person to myself I’ve ever had to play, as far as I’m concerned,” he told TV Week. “Like me, he’s a Pole, he’s Jewish and he grew up in Melbourne.” Death Duties, which tells a story spanned over several years during which a father and son’s stormy relationship mellows into something more agreeable, also stars Anna Volska, Nancye Hayes and Lloyd Morris.

More Sex for Sophie
The Nine Network this week launches a weekly series spin-off from the recent documentary Sex.  The new series, screening on Thursday nights, sees host Sophie Lee joined by a team ready to cover every aspect of sex and sexuality – Dr Kerryn Phelps, family therapist Brian Cade and reporters Darren McDonald, Sallianne Deckert and Patrick Lindsay.  Although the series will tackle the topic of sex in a serious manner, Lee says the show will maintain a sense of humour.  “In the Nineties it is important that people are educated about sexual matters, but it’s important not to take yourself so seriously that you alienate humour from anything,” she said.

Briefly…
Former Prisoner star Maggie Kirkpatrick makes a guest appearance as a nun in this week’s episode of Hey Dad!  It is Kirkpatrick’s first TV role since returning from two months in the United Kingdom where she is still a popular figure due to her role as prison officer Joan “The Freak” Ferguson in the former prison drama.  “It might look as if I’m hanging on to a relic from the past (but) Joan Ferguson is certainly not a relic of the past for viewers in England,” Kirkpatrick told TV Week.  In Hey Dad!, Kirkpatrick plays the part of Sister Maureen, a former teacher of Betty’s (Julie McGregor) back in Walgett who comes to the city to see how Betty is getting on in life.

The Nine Network has given the green light to a second series of murder-themed game show Cluedo before the first series has even debuted.  The thirteen episodes of the first series are to begin screening next month.  Cluedo will feature the show’s producer Ian McFadyen as host, joined by the characters of the popular board game of the same name, played by Andrew Daddo, Joy Westmore, Nicola Paull, Jane Badler, George Mallaby, Peter Sumner and Frank Gallacher.

Seven Network drama Home And Away has celebrated its 1000th episode with past and present cast members gathered for a party at a Bondi Beach restaurant.

The team from the D-Generation are set to return to the ABC, where they launched their television career in 1985, for a weekly series of one-hour programs to commence in July.

Lawrie Masterson: The View From Here
”Television producers don’t get heaps of kudos for their efforts at being socially responsible, but here are a few words of praise for those at the helm of the ABC’s pleasant little sitcom Dearest Enemy.  A scene in a recent episode showed a Liberal politician whose arrogance obviously did not exceed his ignorance – he actually pulled over to the side of the road to make a call on his car phone.  If it gets the message through to at least one of that increasing bunch of morons on the motorways – you’ve seen them… left hand on the receiver, right hand on the steering wheel, mind on who knows what – then we should all have cause to be thankful.”

Program Highlights (Melbourne, May 17-23):
Sunday:  Seven’s Sunday afternoon and early evening is dominated by AFL, with live coverage of the Brisbane Bears versus Footscray match from Carrara, Queensland, followed by live coverage of the Adelaide Crows versus Collingwood from Football Park, Adelaide.  New Zealand actor Jay Laga’aia guest stars as a physical education teacher in the comedy series Late For School (Ten).  Sunday night movies are The January Man (Seven), Sarah, Plain And Tall (Nine) and Field Of Dreams (Ten).

Monday:  In Home And Away (Seven), Sophie’s (Rebekah Elmaloglou) unborn baby is in serious danger as Sophie starts haemorrhaging after her accident on the beach. 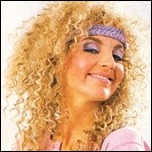 Wednesday:  Nine presents live coverage from Brisbane of the second game in the rugby league State Of Origin series, followed by overnight coverage of One Day International cricket, England versus Pakistan, from England.

Thursday:  In the series return of Embassy (ABC), the new Australian Ambassador to Ragaan, Katherine Jensen (played by Catherine Wilkin) arrives to find the Embassy in upheaval.  The Nine Network debuts its new magazine-style series Sex, hosted by Sophie Lee.

Saturday:  SBS debuts a new documentary series Across The Red Unknown, featuring George Negus and his crew setting out in August and September last year on a 13,000 kilometre trek through parts of eastern Russia from the Sea of Japan, through the wilds of eastern Siberia, across the steppes of southern Russia and the Ural Mountains.  Meanwhile, viewers can also see Negus as host of ABC’s Foreign Correspondent.