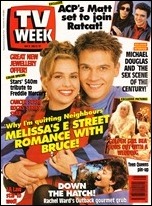 ‘I want to go home!’
Neighbours star Melissa Bell has said there was one simple reason for her controversial move from Melbourne to Network Ten’s other soap E Street, which is based in Sydney.  “The main reason I am going home is to be close to my family,” she told TV Week.  “I’ve missed them so much.  My last phone bill was more than $1000.. Telecom must love me!”  Moving to Sydney will also bring Bell (pictured with new co-star Bruce Samazan) closer to Jason Redlich, son of E Street producer Forrest Redlich, although she stresses that while they are good friends they are not romantically linked as previous reports have suggested.  “He is a special friend and I missed him, too.”  Her pending departure from Neighbours has thrown storylines into a spin, particularly as producers had planned a major romance between her character Lucy Robinson and Brad Willis (Scott Michaelson).  But despite feeling homesick in Melbourne, Bell has acknowledged her time in Neighbours as a very positive experience.  “If it wasn’t for Neighbours, I wouldn’t be where I am and have the exposure it’s given me.  Everyone made me feel so welcome.  I’ve really loved working with Anne Haddy and Alan Dale especially.  I’m going back to Sydney with so much experience, work-wise and personally.  Moving to Melbourne has made me a better, stronger person.”

Rachel gets a taste of the outback
British-born actress Rachel Ward, wife of Australian actor Bryan Brown, is a special guest reporter in this week’s debut of Nine’s new travel show Getaway.  Ward and her two children, Matilda and Rosie, embarked on a two-day trek in the Alice Springs area as a feature report on the new series.  “The idea of the harsh, red centre full of rock and desert seems so much part of the Australian tradition.  I wanted the girls to experience it,” said Ward, who also found she didn’t mind eating witchetty grubs but wasn’t so keen on the kangaroo tail. 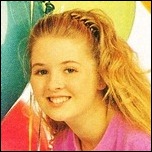 Hey, happy birthday!
Seven Network sitcom Hey Dad! is celebrating a milestone 200 episodes, but one of the show’s original cast members, teenager Sarah Monahan (pictured) admits there has been a downside.  “It was hard to keep friends at school.  They seemed to have the attitude, ‘Hey you weren’t here’, so you can get left out of everything.  In years five and six, I was going to school only two-and-a-half days a week, so the kids would really hassle me,” she said.

Briefly…
ABC’s travel series Holiday, which gained a popular following on Saturday nights up against ratings giant Hey Hey It’s Saturday, is now set to take on the even more competitive Sunday 7.30pm timeslot, up against 60 Minutes, Full House, Dinosaurs, The Simpsons and Late For School. 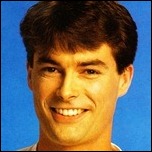 Home And Away star Bruce Roberts (pictured) is believed to be planning to quit the series when his contract runs out later this year.  The young star, who plays policeman Nick Parrish, isn’t happy working on the show and is keen to move on.

Speculation continues that former Good Morning Australia co-host Kerri-Anne Kennerley could be set to jump ship from Network Ten to either the Seven or Nine networks.  Network executives David Leckie from Nine and Glen Kinging from Seven are said to have been trying to contact Kennerley while she was overseas recently.

Play School’s popular characters Bananas In Pyjamas have been given their own series.  The bananas, B1 and B2, will soon feature in a series of 40 five-minute episodes to screen in the 3.55pm weekday timeslot (between Sesame Street and Play School) from July.

Lawrie Masterson: The View From Here:
”I have seen only one program in the series, but congratulations to the Australian Children’s Television Foundation on Lift Off, now screening on ABC.  This is dazzling kids’ entertainment centred on many an educational and environmental message, and the sheer creativity behind it all is – to use a word popular among the age group at which it is aimed – awesome.  If you don’t get a chance to watch it with your kids – or anyone’s kids – first time around, it is to be rescheduled later in a timeslot more accessible to more people.”

”Having bleated last week about the fragmented scheduling of the British series The Darling Buds Of May, it is now my duty to report that the series will be seen on HSV7 in Melbourne on Saturday nights from this week.  The series is already screening in Sydney, Brisbane and Perth.”

Program Highlights (Melbourne, May 10-16):
Sunday:  ABC presents early morning coverage (from 4.45am) of the first race in the America’s Cup, live from San Diego, USA – with subsequent races covered early on Monday, Wednesday and Friday mornings.  Sunday night movies are Driving Miss Daisy (Seven), See No Evil, Hear No Evil (Nine) and Lock Up (Ten), up against SBS’ delayed telecast of the Eurovision Song Contest from Malmo, Sweden. 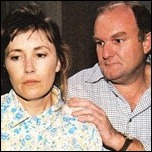 Tuesday:  In GP (ABC), William (Michael Craig) and Nick (guest star Paul Chubb, pictured), a morgue attendant, play a trick on a brash young medical student – but Nick is a little on edge and confides to William that he’s preoccupied with a personal problem – he’s impotent – but his girlfriend Alice (Wendy Strehlow, pictured) can’t understand why he won’t spend the night with her.  On Nine’s Chances, ‘70s sex symbol Abigail makes her series debut as outrageous sex therapist Bambi Shute, who enlists the help of advertising executive Angela (Patsy Stephen) to help her launch a new TV show, The Sex Show.  Logie-winning actress Tracy Mann guest stars in Nine’s All Together Now, appearing as an ex-girlfriend and singer from Bobby’s (Jon English) wild past. 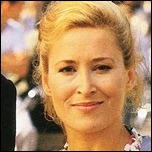 Saturday:  Ten crosses to the Melbourne Glasshouse for live coverage of the NBL Mitsubishi Challenge match between the North Melbourne Giants and the Canberra Cannons.