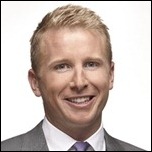 The Ten Network has announced plans to re-enter the late news arena with the launch of a new program to be hosted by journalist Hamish Macdonald.

Ten Newsnight, according to News Director Anthony Flannery, will not be “a traditional news bulletin”:

“It will cover the staples of news bulletins, such as headlines of the day, breaking news, sport, weather and finance.  But Ten Newsnight will also include features such as live interviews, entertainment, and segments that use social media to reveal what people are talking about and what will be the next day’s big stories.”

“It will be contemporary and at times it will be provocative. We will tackle challenging topics and issues. We will give a different perspective to big stories and big issues.”

Starting his career at regional network WIN, Macdonald then went abroad where he worked at Channel 4 in the United Kingdom and at Qatar-based news channel Al Jazeera English.  He joined Ten at the end of 2010 primarily for the role of senior foreign correspondent for George Negus’ evening current affairs program but also for other reporting and presenting roles at the network, including guest-hosting The Project and The Circle and compiling the recent Ten News special report Bikie Wars: Here And Now.

Earlier this year Macdonald was a nominee for the Graham Kennedy Award for Most Outstanding New Talent at the TV Week Logie Awards.  He has also been nominated for prestigious Walkley and Quill awards. 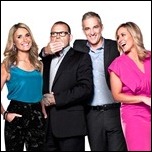 Given Ten’s big-budget news expansion last year failed to pay any dividends and this year’s launch of Breakfast (pictured) is also falling well short of making any inroads against the domination of Sunrise and Today, the launch of Ten Newsnight is a risky proposition but it does fill a gap in the coverage of late news on commercial free-to-air television since the axing of Ten Late News last September.

Ten Newsnight, with Macdonald and sports presenter Brad McEwan, will screen Monday to Thursday nights at 10.30pm from Monday, 4 June.

Permanent link to this article: https://televisionau.com/2012/05/ten-launches-into-newsnight.html