Australian and British actor John Bluthal has died at the age of 89.

Polish-born Bluthal came to Australia with his family in the late 1930s. He grew up and studied drama in Melbourne. 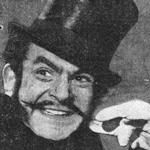 His worked in the theatre in London before returning to Australia. He starred in variety shows Gaslight Music Hall (ABC) and Bandwagon (HSV7) in the late 1950s and early ’60s before moving to the United Kingdom. His extensive list of credits in the UK included Citizen James, Never Mind The Quality: Feel The Width, Fireball XL5, The Goodies, ‘Allo ‘Allo, Minder, Inspector Morse, Lovejoy, Bergerac, One Foot In The Grave and various productions with Spike Milligan.

Bluthal made occasional visits back to Australia, starring in The Mavis Bramston Show and later appearances in Matlock Police, Bluey, Doctor Down Under, And Here Comes Bucknuckle, Ride On Stranger, Blue Heelers and Spirited. 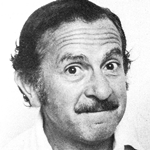 Many Australian viewers will remember him as Italian taxi driver Enzo Pacelli (pictured) in the ABC comedy series Home Sweet Home that ran for three years, and more recently as Frank Pickle in the long-running British series The Vicar Of Dibley.