Australian showbusiness legend Lorrae Desmond, known by many as Shirley Gilroy in A Country Practice, has died at age 91.

News of her passing was circulated on social media by former colleagues, including former A Country Practice co-stars Shane Withington and Wendy Strehlow.

She was my mentor, my friend and an unending source of wisdom, grace and style 💔

Born Beryl Hunt in Mittagong, NSW, she had early ambitions for a showbiz career. Her career began in the United Kingdom as a recording star. She then became a regular performer in the UK, featuring in theatre, cabaret, pantomime, television and radio. 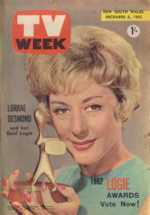 On her return to Australia in the early 1960s, Desmond presented her own musical variety show on ABC, The Lorrae Desmond Show. The show’s popularity led her to be the first female, and first ABC personality, to win a TV Week Gold Logie, in 1962, with the show winning a Logie for television variety in 1963.

She also starred in two Noel Coward plays, Red Peppers and Family Album, adapted for television by ABC in 1962.

She went on to perform for Australian troops in Vietnam, the Middle East, Malaysia, Singapore, Kenya and Somalia in the late 1960s. On television she starred in The Jack Benny Show In Australia and and made guest appearances on Entertaining With Kerr and dramas Homicide and Riptide.

In the 1970s she played Marion Carlton in Number 96 and appeared in Shannon’s Mob and The Outsiders. 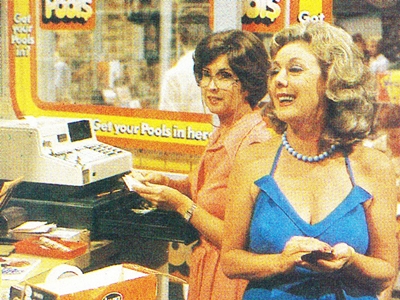 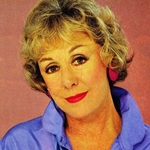 By the end of the decade, Desmond scored an ongoing role as bookshop owner Molly Sparks in the Ten Network series Arcade (pictured above with co-star Peggy Toppano). The series was to be short-lived but it led to her being cast in a new Seven Network series, A Country Practice. Desmond was one of the show’s longest-serving actors, playing the part of Shirley Gilroy (née Dean) for over ten years. In 1984, she won a TV Week Logie Award for Best Supporting Actress In A Series. 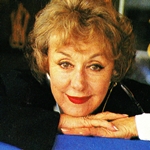 In later years she guest starred in Home And Away. One of her last television appearances was on stage at the TV Week Logie Awards in 2017.

Earlier this year she was awarded a Member (AM) in the General Division of the Order of Australia in the 2021 Australia Day Honours List. Her honour was in recognition of “significant service to the performing arts as an actor, entertainer and singer”.