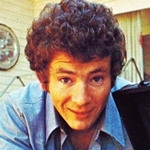 Actor Peter Sumner, who first rose to prominence in the 1970s espionage drama Spyforce, has died at the age of 74.

Born Peter Sumner-Potts, one of his first professional roles was working at the ABC — doing a range of tasks including writing, producing, directing, voice overs and working on radio shows. “And that gave me so much experience — nearly all the experience on which I’ve laid the basis of my career,” he told TV Times in a 1971 interview.

Towards the end of his time at ABC he was offered a role in the feature film Ned Kelly, which was followed by the leading role of German Gunther Haber in Spyforce. The series, which also starred Jack Thompson, ran for 42 episodes over two seasons and in later years would be a regular in the Nine Network‘s late-night schedule.

Sumner went on to appear in many Australian TV series to follow, with roles in shows including Certain Women, The Evil Touch, Homicide, Matlock Police, Boney, Division 4, Luke’s Kingdom, The Lost Islands, Glenview High, Catspaw and Skyways. He starred in ABC comedies Tickled Pink, with Cornelia Frances, and Trial By Marriage with Jacki Weaver.

In early episodes of Cop Shop he played Detective Tom Foster and returned to the show six years later, appearing opposite his then wife, Lynda Stoner.

During the 1980s he played Bill Hayden in The Dismissal and starred in All The Way, The Flying Doctors and Neighbours.

His last credited TV role was in ABC’s Rake.

Feature film appearances included The Chant Of Jimmie Blacksmith, Bush Christmas and an un-credited role in the original Star Wars in 1977.

In recent times Sumner continued to do voice over work, including for Sydney radio station WSFM‘s Jonesy & Amanda breakfast show.

Permanent link to this article: https://televisionau.com/2016/11/obituary-peter-sumner.html