Australian film and television actress Carmen Duncan has died at the age of 76.

The actress died in hospital in Sydney on Sunday afternoon.

Duncan first came to fame in the late 1960s appearing on dramas including The Battlers, You Can’t See Round Corners, Delta and Hunter. She went on to play the part of Helen Sheridan in soapie Number 96 for several months but chose to leave for health reasons when she was pregnant with her second child. The part was re-cast to Jill Forster.

She starred in The Spoiler, Certain Women, Skyways and the ill-fated series Hotel Story. She made guest appearances in Division 4, Matlock Police, The Link Men, The Evil Touch, Chopper Squad, A Country Practice and starred in telemovies Super Sleuth, Skin Deep and Body Business. By the early 70s her younger sister Paula followed her into showbusiness. However despite their many years in the business to come they only worked together once, in an episode of Cop Shop.

Duncan went on to overseas fame in the late 1980s, playing the part of Iris Carrington Wheeler in the long-running American daytime soap Another World. 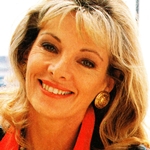 Since returning to Australia in the Nineties, Duncan filed celebrity interviews for Midday and appeared in All Saints, Water Rats, Head Start, Something In The Air, Farscape, Always Greener, CrashBurn, Winners And Losers and Pulse.

Carmen Duncan is survived by children Amelia and Duncan and sister Paula.