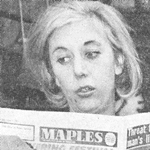 Veteran Australian actor Judi Farr has been recognised in this year’s Queen’s Birthday Honours List for “significant service to the performing arts as an actor”. With a career across film, stage and television, Farr came to fame as Rita Stiller in the 1960s sitcom My Name’s McGooley, What’s Yours? (pictured above with co-stars Gordon Chater …