‘Death by misadventure’
Actors and media identities have criticised Prime Minister John Howard‘s recent announcement to strip the ABC of $70 million in funding over the next two years. “The ABC had such great promise and I don’t see why we buried her,” actor Steve Bisley, starring in ABC’s GP, told TV Week. “It seems like death by misadventure to me. It would be a very lonely place without the ABC. If it goes, I’m going to throw away my TV.” Former ABC journalist Peter Luck, who has been documenting the new prime minister’s regime, saw drastic cuts coming months ago. “I also filmed Peter Costello giving his first press conference as Treasurer. There was just something about his demeanour that made you think he was going to slash at least 10 per cent from public utilities,” Luck told TV Week. “I fear the bad old days and the anti-intellectual Australia we took years to get out of. If you diminish the ABC too much that’s what you get.” Actor Mitchell Butel, from the ABC series Bordertown, also defended the national broadcaster’s role. “The cuts are outrageous,” he told TV Week. “The ABC reaches for the highest goals in Australian television, takes the most risks and offers the most opportunities for real creative energy. It’s very sad that some of it will obviously come to an end.” ABC has already in recent times put the axe to GP and Good News Week. Arts program Review is to be merged with Sunday Afternoon, and the planned American election special by Elle McFeast (Libbi Gorr) has also been dumped. The proposed new sitcom Mother Goose, to star Garry McDonald and Ruth Cracknell, has been dropped, and ABC has also announced cuts to commissioning documentaries. These are just the cuts that have so far been made public, as insiders indicate that the axe is also to fall on more Australian programming in favour of cheaper imports. One program that has been so far saved from the chop is Frontline, which will go into production soon for its third series. 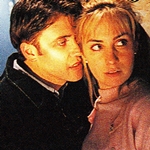 Here’s Johnny!
With Blue Heelers detective PJ on leave from town for a month (while, in real life, actor Martin Sacks is overseas on a promotional tour for the show), a new ladies’ man is set to move in. Johnny Kowalski (Jack Finsterer) feels all his Christmases have come at once with two females — Dash (Tasma Walton) and Maggie (Lisa McCune) at the station. “Johnny’s a very good detective,” Finsterer told TV Week. “But as soon as a woman walks in the door, he’s completely distracted. He thinks that everyone’s attracted to him, and he assumes every woman is able to be conquered.” But Maggie Doyle is not one to fall for his charms and makes this very clear when Johnny’s advances become more overt. The more naive Dash is taken in by Johnny’s smooth approach, until she realises what he’s about. 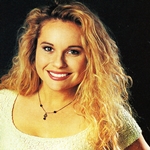 Belinda’s making beautiful music
New Home And Away star Belinda Emmett (pictured) has released a CD and plans to release a single during summer — but the actress distances herself from other actors who have released pop songs. “It (the CD) is very acoustic, because we really wanted to avoid old pre-packaged pop,” she told TV Week. “And also, it’s really not my style at all. I guess the only way to really describe my style is that it’s borderline between Sheryl Crowe and Alanis Morissette. Maybe I’m not quite that calibre yet, but that’s what I’m aiming for.”

Nathan masters his act
Australia is about to get its first indigenous sitcom. The Masters originated as a three-minute skit on SBS current affairs program ICAM (Indigenous Current Affairs Magazine), featuring Nathan Ramsay as a Lycra-clad bike courier. “To go ahead and do a half-hour series will be great,” NIDA-trained Ramsay told TV Week. “Hopefully it will bring relations with black and white Australia a little closer, showing black families as normal and nothing to be scared of. We’ve had Wogs Out Of Work and other cultural things such as that, but we haven’t had anything from an Aboriginal point of view.”

Program Highlights (Melbourne, August 31-September 6):
Saturday: Beyond 2000 (2.30pm, Ten) reports on a robot that is painting masterpieces and mapping the currents to save fish on the Great Barrier Reef. Saturday Night Football (7.30pm, Seven), features Sydney versus West Coast Eagles, live from Sydney.

Monday: In Neighbours (6.30pm, Ten), Shona (Bryony Price) makes her feelings towards Mal (Benjie McNair) quite clear. Healthy Wealthy And Wise (7.30pm, Ten) presents a special episode from Mount Buller, highlighting some of the activities available not just during snow season but in summer as well. Sandy Roberts hosts the live telecast of AFL Team Of The Century (8.30pm, Seven), highlighting the league’s champion players from past and present.

Tuesday: In Home And Away (7pm, Seven), Travis (Nic Testoni) gets his biopsy results. In Blue Heelers (8.30pm, Seven), when Tom (John Wood) learns that his daughter may not be returning to Mount Thomas, he decides to enrol his grandson in a local creche. In GP (8.30pm, ABC), Vesna (Lenka Kripac) makes a spur-of-the-moment decision to move out of the surgery and into a share house. 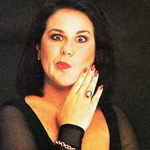 Friday: In Neighbours (6.30pm, Ten), Toadie (Ryan Moloney) has found an electronics catalogue which leads to bargain hunting; and Number 22 is up for auction. Emergency 000 (8pm, Seven) features a 12-year-old girl, injured at a surf event, air-lifted; and follows a busy day on the road with paramedic Steve Mulligan.