Tag: You Can’t See Round Corners

Barely two months after launching A Country Practice, the Seven Network had another soap, Sons And Daughters, ready to launch ahead of the start of the 1982 ratings season. The critics predictably slammed it, but Sons And Daughters was destined for success, having been created by Reg Watson, who’d also created hits like The Young …

END_OF_DOCUMENT_TOKEN_TO_BE_REPLACED

Another year is now behind us! No doubt the biggest TV stories of the year surround the Ten Network — going into voluntary administration and then receivership before being taken over by US network CBS. The CBS takeover was a cunning move that caught most by surprise, not least being former Ten shareholders Bruce Gordon …

END_OF_DOCUMENT_TOKEN_TO_BE_REPLACED 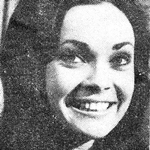 YouTube: Classic Australian TV This week marks 50 years since the debut of the Sydney-based drama series You Can’t See Round Corners. The 26-part series was an adaptation of the novel written by Jon Cleary. Its leading actor was Ken Shorter playing the part of Frankie, a draft dodger who made his living as an …

END_OF_DOCUMENT_TOKEN_TO_BE_REPLACED

Permanent link to this article: https://televisionau.com/2017/06/you-cant-see-round-corners-and-a-star-is-born.html