Parliament snubs ABC series
The upcoming ABC series The Damnation Of Harvey McHugh seemingly hasn’t won many friends in high places — with the media launch planned for Victoria’s Parliament House banned by the Speaker of the Legislative Assembly, John Delzoppo. “I’ve seen a script, and it doesn’t paint parliament or parliamentarians in a particularly good light,” Delzoppo says. “I had to deny the request (to host the event) because we have strict guidelines that have been in place for a long time, and the launch of The Damnation Of Harvey McHugh was not in accord with those guidelines,” he told TV Week. “We won’t allow (Parliament’s) Queen’s Hall to be used for commercial purposes, political purposes or in any production where Parliament is ridiculed or satirised.” The Damnation Of Harvey McHugh, with cast including Aaron Blabey, Daniel Rigney, Monica Maughan and Graham Dow, is due to debut on ABC next month.

Rachel delivers her resignation
Rachel Blakely has quit Neighbours after three years in the role of Gaby Willis. “I’ve had a really good stint on a daily basis, and it was wonderful. But it’s time to move on,” she told TV Week. She is keen to develop her acting skills. “I’ll be taking classes and working on my craft, and hoping for other work. That’s all anyone can do. I’m not looking for work in another long-running show, though. If I was going to do that, I’d stay where I am, because I love it.” Blakely will record her last scenes in July but will be seen on screen until the end of August. 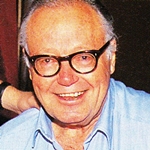 Last year, veteran actor and director Charles ‘Bud’ Tingwell was hired to direct five episodes of Seven‘s Newlyweds, which featured Chris Gabardi as newly-wedded husband Peter Roberts. Now, the roles are reversed. Both Gabardi and Tingwell are appearing in the play Cosi, now playing in Melbourne. Gabardi plays Lewis, a university graduate who scores his first big directing job — his “cast” being a group of patients from a mental health institution. Tingwell plays Henry, one of the seven patients. “I am running around the stage quite a lot and doing things I haven’t done in years,” Tingwell told TV Week. “I’m having a marvellous time.” There is no word yet on whether Newlyweds will go into a third series — with series two ending with Allie (Annie Jones) finding out she is pregnant. “I think there will be another series,” Gabardi said. “There were so many loose ends at the end of the last series. I’d like to know what it’s like to be a father!”

Allan scores with ACP
Composer Allan Zavod isn’t concerned if nobody notices his hard work on A Country Practice. His incidental music for the series is not supposed to be noticed as such, but is meant to emphasise the action. “You can synchronise the music to feeling of a scene,” he told TV Week. “You can develop themes for each character and use music to support the emotions.” He was asked to compose the music for A Country Practice when it moved across to Network Ten. “When ACP was at Seven, no-one was doing the incidental music. They were using library music. Mike Perjanik composed the opening and closing theme music for ACP 12 years ago. I did consider making a bid to write a new theme, or to update the old one. But the series has changed channels and some characters, so for now there should be some things that don’t change.” Zavod, whose career began in the 1960s after graduating from the University of Melbourne, says his most successful money earner has been the 1987 horror movie The Howling III. “It certainly wasn’t the best film I’ve worked on,” he laughs. “But it’s always being played on cable TV in the US, to these millions of cult viewers. And every time it airs, I get paid royalties!”

“The major problem about referring to something as a “history”, then trying to cram it into a television hour, is that you are bound to overlook one or more figures central to your topic. Such is the case with Punchlines: A Seriously Funny History. The title suggests a look back at comedy down the years, but in this country surely you could not do that without at least one mention of the name Paul Hogan. He did, after all, write and star in Australia’s most successful movie, and it was a comedy. You’d have to take more than a passing glance at Barry Humphries. You’d have to devote a few minutes, rather than seconds, to Graham Kennedy. And, from the new wave, what about acts such as the manic Doug Anthony All Stars? Punchlines: A Seriously Funny History skims over Humphries and Kennedy and doesn’t even mention Hoges or the Dougs, so low marks for the title. The show itself, however, does take a lingering look at the Melbourne comedy scene over the past 20 years or so, with an emphasis on some of the acts to emerge from the venues that sprung up, then closed down or expanded somewhere else, in the area around what now is one of the city’s most famous restaurant rows, Brunswick Street, Fitzroy.”

Program Highlights (Melbourne, May 21-27):
Saturday: Craig McLachlan, performing songs from the musical Grease, is one of the acts in the Royal Variety Performance (8.30pm, Seven), held late last year at the Dominion Theatre, London, attended by Her Majesty the Queen and His Royal Highness the Duke of Edinburgh.

Tuesday: In Blue Heelers (7.30pm, Seven), when Tom (John Wood) goes on leave, the Blue Heelers worry that he may be transferred to Melbourne — and the tough attitude of Tom’s replacement Charlie Glover (John Jarratt) leads to confrontation with the officers . In GP (8.30pm, ABC), William (Michael Craig) falls for an unhappily-married woman, then treats her husband after he suffers a stroke.

Thursday: In Neighbours (6.30pm, Ten), Mark (Bruce Samazan) is both shocked and angered to discover his mother, Sally (Helen Rollinson) is near death. In Beyond 2000 (7.30pm, Ten), Iain Finlay reports on a new robotic arm developed in Holland that will improve life for the physically impaired, Anthony Griffis looks at a talking greeting card which records personal messages, and Dr Caroline West demonstrates a unit that uses hot air to reduce the volume of household garbage.