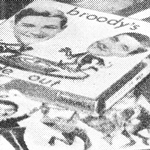 Podcasting is very much a medium of the 21st century. According to the font of sometimes-unsubstantiated-knowledge that is Wikipedia, podcasting had its origins in the mid 2000s. But it appears that a very early predecessor to the podcast was happening from a Melbourne basement as far back as 1964. Two Melbourne television personalities, Pete Smith of ABV2’s Saturday Hit Parade and …

END_OF_DOCUMENT_TOKEN_TO_BE_REPLACED 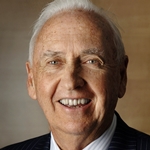 Businessman and philanthropist Paul Ramsay, founder of Ramsay Health Care and the Prime Media Group, has died at the age of 78. He is reported to have suffered a heart attack whilst overseas and died on his return to Australia. Ramsay had founded the Ramsay Health Care group with a single hospital in 1964, with the …