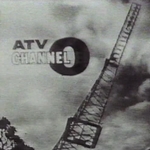 Today marks the 50th anniversary of the first programs to be broadcast on Melbourne’s third commercial station, ATV0, in the lead up to its official launch in August 1964. The station had been broadcasting a test pattern since Thursday, 2 April 1964 but from Monday, 4 May 1964 had commenced a daily schedule of test programs. The …

END_OF_DOCUMENT_TOKEN_TO_BE_REPLACED

Permanent link to this article: https://televisionau.com/2014/05/atv-channel-0s-first-programs.html