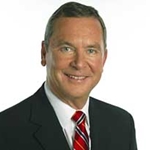 Former Seven and Nine network newsreader Ian Ross has died at age 73 in a Gold Coast hospital after a short battle with cancer. His career began in the late 1950s in regional radio, at 2MW Murwillumbah, before moving to Sydney to 2SM in the early 1960s. He made the move to television in 1965 …

END_OF_DOCUMENT_TOKEN_TO_BE_REPLACED

Permanent link to this article: https://televisionau.com/2014/05/obituary-ian-ross.html