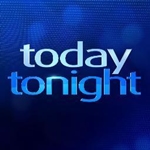 The Seven Network has today announced the axing of the two east coast editions of Today Tonight, effective immediately.

Adelaide and Perth editions of the program will continue.

The announcement was made to Seven staff via email this morning. Staff linked to the program will continue to be employed, contributing to network news features and to the Adelaide and Perth editions of Today Tonight.

Today Tonight is a program that has had a chequered history. It launched in January 1995, replacing Real Life, with individual editions in each of Sydney, Melbourne, Brisbane, Adelaide and Perth. The newly-launched show had an emphasis on serious current affairs and investigative reporting — leaning more towards The 7.30 Report in style rather than A Current Affair.

The Melbourne edition of Today Tonight made news of its own in 1996 when host Jill Singer collapsed during a commercial break and was taken to hospital after she had been forced by Seven management to pull a story relating to then Victorian Premier Jeff Kennett.

Singer, a former ABC journalist, later left the program and was replaced by newsreader Naomi Robson. 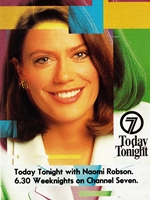 In its new guise Today Tonight picked up in the ratings — and won a Logie in 2002 for Most Popular Current Affairs Program — but also became a magnet for controversy, largely due to its sensationalist style of current affairs and had been hauled up to the broadcasting authority and taken to task by Media Watch on a number of occasions for misleading reporting.

Eventually the Melbourne edition went on to replace local versions in Sydney and Brisbane.

After almost a decade as host, Robson stepped down from the show in 2006, replaced by journalist Anna Coren and later Matt White. Production of the program at this time was based in Sydney. 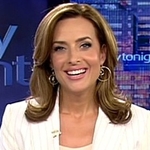 In 2013 the Brisbane edition of Today Tonight was reinstated, with Sharyn Ghidella, while former Ten newsreader Helen Kapalos (pictured) took over as host on the Melbourne-Sydney edition, based in Melbourne. Kapalos recently announced her move to Seven’s weekly current affairs program Sunday Night.

Although Today Tonight was at one time the dominant player in the long-running battle between it and Nine’s A Current Affair, ratings in recent times have fallen.

The move to axe the program, to be replaced with an extension of Seven News in Sydney, Melbourne and Brisbane, comes after Nine extended its 6.00pm news bulletin to one hour and shifted A Current Affair to 7.00pm.

Over the last two summers Seven had experimented with variations to the Seven News-Today Tonight combination.

Permanent link to this article: https://televisionau.com/2014/02/today-tonight-axed-on-east-coast.html