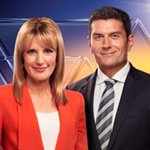 Seven News has announced its biggest presenter shake-up in Brisbane in over a decade, with Sharyn Ghidella and former Ten newsreader Bill McDonald (both pictured) now heading the line-up.

Queensland-born Ghidella has led Seven News‘ weekend bulletin in Brisbane since 2007.  She had previously worked in Sydney as newsreader for Nine’s Today and had earlier worked at Ten in Brisbane and regional station NQTV.

McDonald, whose career started as a sports commentator and presenter at Seven many years ago, had been co-newsreader for the local Ten News before being made redundant last November.

In a statement issued by Seven, Ghidella said the changes represent a boost to local content:

“While others are cutting back on local content, Seven has taken the lead and is committing increased resources to reporting on important state topics. As someone who is very passionate about news and public affairs, it’s a huge privilege to be a part of it.”

Today Tonight is expected to launch after Seven’s coverage of the Australian Open. 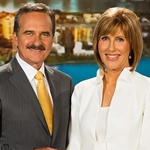 It is a dramatic reshuffle as Seven is battling a strengthening Nine News in the competitive 6.00pm timeslot.  Both McGrath and Young (pictured) have had long histories in Brisbane television.  McGrath was a reporter and newsreader at TVQ0 (now Ten) in Brisbane in the 1980s before moving south to Sydney and then returning to Brisbane to Seven in 1989.

Young was a long-time newsreader for ABC in Brisbane before taking over from retiring Frank Warrick at Seven in 2002.

McDonald’s appointment to Seven comes just after the network had recruited another former Ten News presenter, Helen Kapalos, to front Today Tonight in Sydney and Melbourne.

Permanent link to this article: https://televisionau.com/2013/01/seven-changes-news-line-up.html