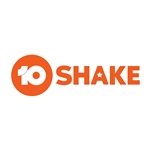 The new channel will have a defined focus on children’s programming from 6.00am to 6.00pm, then the channel moves to adult programming aimed at the under-40s.

10 Shake will sit alongside existing channels 10 Bold and 10 Peach and will bring it closer in line with Seven‘s three multi-channels (7Two, 7mate, 7flix) and Nine‘s four (9Go, 9Gem, 9Life, 9Rush).

Australian-made shows include Totally Wild (now in its 28th year), Scope, Crocamole and children’s drama — moving across from 10 Peach. Prime time programming for the bigger kids includes Ex On The Beach, Lip Sync Battle, South Park, Just Tattoo Of Us, The Charlotte Show, Catfish: The TV Show, Pimp My Ride, Bojack Horseman, Inside Amy Schumer,  The Daily Show With Trevor Noah and The Late Late Show With James Corden.

In a media release issued earlier, Ten’s Head of Programming, Daniel Monaghan, said: “We are thrilled to be adding 10 Shake to our family of channels. It is a fantastic proposition for Australian viewers and includes a great array of content from ViacomCBS, a lot of which has never aired on free to air television before.

“10 Shake daytime will boast over 84 hours a week of the biggest kids’ TV shows on the planet including SpongeBob SquarePants, PAW Patrol and Henry Danger. It will provide a wonderful world of entertainment just for kids.

“10 Shake prime time will be the destination for mischievous big kids who love escapism television with plenty of bite, comedy and fun. With shows like The Charlotte Show, Catfish: The TV Show and Lip Sync Battle forming part of the schedule, it will be self-indulgent TV at its best.”

10 Shake is set to debut in September. It is unclear if the new channel will also be carried on regional affiliates such as WIN, Ten Darwin and Ten Central.

Permanent link to this article: https://televisionau.com/2020/07/ten-to-launch-new-channel-10-shake.html