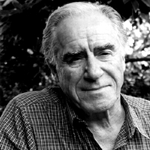 Alan Hopgood, veteran actor and playwright, has died from cancer at the age of 87. Later credits included Dynasty, Homicide and Matlock Police before scoring an ongoing role in the ABC serial Bellbird. He played the part of Dr Reed for five years. In 2003, he and co-star Maggie Millar reprised their husband and wife roles from the series in a stage play.

He played the recurring role of Wally Wallace in Prisoner for four years and played the caravan-residing entrepreneur Jack Lassiter in Neighbours. His Neighbours role was short-lived though the hotel and retail complex that carries the Lassiter name continues to feature prominently in the series.

He narrated the special 40 Years In The Making, commemorating 40 years of ABC television in Melbourne in 1996, and continued to make guest appearances in various series, including The Games, The Secret Life Of Us, Round The Twist, The Saddle Club, Blue Heelers, MDA and City Homicide.

His last credited TV acting role was a return to Neighbours to reprise the role of Jack Lassiter in 2013.

In his later years he wrote a book, Surviving Prostate Cancer – One Man’s Journey, before writing and performing plays aimed at addressing various health issues under the banner HealthPlay. He also became a regular speaker at conferences and seminars.

Earlier this year, Hopgood was an interview guest on the YouTube channel Talking Prisoner and recently featured on ABC Radio National‘s Big Ideas.

In 2005 he was made a Member of the Order of Australia for services to the performing arts as an actor, playwright and producer, and to the community through raising awareness of mens health issues.

Permanent link to this article: https://televisionau.com/2022/03/obituary-alan-hopgood.html