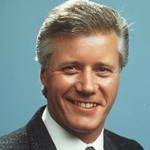 Former Brisbane reporter and newsreader Rob Readings has died at the age of 79 after a long illness.

Over the course of his career, he worked in radio and at all three Brisbane commercial channels, but most notably as newsreader on Eyewitness News at TVQ0/10 in the 1980s and as newsreader for Nine‘s Gold Coast news bulletin from when it debuted in 1996 through to his retirement.

He also anchored Network Ten‘s Olympic Games coverage in 1984. He was the presenter to “sign-off” TVQ0 just before it changed frequency to TVQ10 in September 1988, and a reporter for Nine’s Brisbane-based lifestyle program, Extra.