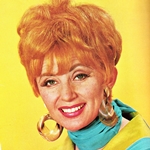 For the first time since Lorrae Desmond won in 1962, a Gold Logie was awarded to Australia’s most popular female personality. Hazel Phillips (pictured), host of the national afternoon program Girl Talk and also a regular on The Barry Crocker Show, took out the Gold Logie for best female personality. She also won the Logie Award for Best Female Personality in New South Wales.

The awards, held on Monday 10 April 1967, were presented on board the Fairstar cruise ship, berthed at Melbourne’s Station Pier. It was the first Logies presentation hosted by Bert Newton, who would go on to host the event for the next 13 consecutive years and several more times even after then.

The special overseas guest presenter was actor Vic Morrow, star of the US series Combat.

The Seven Network — then known as the Australian Television Network — won two of the major national awards. The sitcom My Name’s McGooley, What’s Yours? won Best Comedy, while Homicide won Best Drama for the third year in a row.

The Nine Network — then the National Television Network — won Best Live Show with The Sound Of Music, hosted by Bobby Limb, and Best Documentary Series went to Project 66. 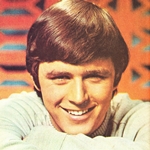 The Logie for Best Teenage Personality went to Johnny Young (pictured), pop star and presenter on the music show Go!!, while pop group The Seekers collected a special Logie for their promotion of Australian talent overseas.

Another special Logie was handed out to daytime TV host Tommy Hanlon Jnr for “the pioneering of television on a national basis”. His daytime TV show It Could Be You was one of the first ‘national’ programs on Australian TV and had just wrapped up after six years and 1445 episodes. Hanlon, born in the United States but was to make Australia his home, had also won a Gold Logie in 1962.

National broadcaster ABC was awarded with two honours. Journalist Bob Sanders, from the People program, was recognised for outstanding reporting, while series Australian Playhouse received a special Logie for its contribution to local production. 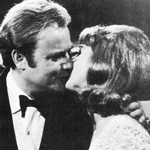 Special Award — For The Promotion Of Australian Talent Overseas: The Seekers 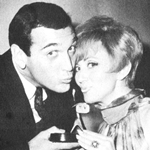 Permanent link to this article: https://televisionau.com/2017/04/tv-week-logie-awards-50-years-ago-7.html