A Current Affair host Jana Wednt caused an upset when she was not present to accept her Gold Logie at the 34th annual TV Week Logie Awards, held at Melbourne’s Radisson President Hotel.

The Nine Network host’s absence was explained to be due to her requiring to stay in the Sydney-based studios after the end of A Current Affair for an extended period to be able to cover any late breaking stories for timezones that would normally get ACA on a delay. TV Week claimed that they knew about a week in advance, two weeks after Wendt had happily posed with her fellow Gold Logie nominees for a TV Week photo shoot (pictured), that she may be missing from the awards presentation. Nine Network executives were said to be able to work around the challenges of ACA’s production schedule if TV Week could assure them that Wendt was going to win the Gold.

TV Week chose not to disclose that information to Nine even in the strictest of confidence.

Even the offer of a specially arranged flight to get Wendt from Sydney to Melbourne after ACA in time to witness the announcement of the Gold Logie winner was not enough to sway Nine’s executives.

Did her no-show and Nine’s declining alternative offers have anything to do with the Logies being hosted that year by the Seven Network? That’s just speculation.

TV Week at the time had reported that it was the first time in Logies history that a Gold Logie winner was not present to accept their award. That is not strictly true. In 1962, Gold Logie winner Lorrae Desmond was in Hollywood, and 1963 winner Michael Charlton was on assignment for Four Corners when his Gold Logie was presented at a belated ceremony. In 1967, Graham Kennedy was on the set of In Melbourne Tonight when he was announced as the winner of that year’s Gold Logie, with the awards presented on a Monday night on board a cruise liner stationed in Melbourne. Kennedy was at least able to give his acceptance speech with a live cross to IMT from the Logies stage. Logies night on Friday, 13 March 1992 had started with a parody of the Michael Jackson song Black Or White, recalling the old days of black and white television, featuring Cathy Godbold (Home And Away), Nick Giannopoulos (Acropolis Now) and Bruno Lucia (All Together Now). 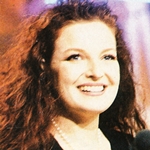 As well as its host winning the Gold Logie, A Current Affair also won the award for Most Popular Public Affairs Program. Nine Network boss David Leckie paid tribute to the show and to Wendt: “I know what she’d like to say is that she believes that A Current Affair — the runaway success of A Current Affair — is a team effort. I think she’d be very embarrassed to win this Gold Logie, because she is totally committed to the team effort. I thought she should have won it a year or two ago, but we’re pleased she has now.” 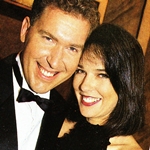 The Seven Network’s Fast Forward won Most Popular Light Entertainment/Comedy Program, with individual awards for Steve Vizard (pictured with colleague, newsreader Jennifer Keyte) and Magda Szubanski. “I’d really like to thank the people who have put up with my stupid sense of humour,” she told TV Week.

ABC also scored well in the industry-voted categories. GP won Most Outstanding Series with actor John McTernan awarded the Silver Logie for Most Outstanding Actor. It was actually McTernan’s third Logie win. “I already have two I won during my Cop Shop days,” he told TV Week, “but I thought the old boy (GP co-star Michael Craig) would win this again.”

Lateline‘s reporting on the Soviet Union earned it a Logie for Most Outstanding Achievement In Public Affairs, and The Time Of Your Life was awarded Most Outstanding Single Documentary Or Series.

Current affairs program Four Corners, which at this stage was in its 31st year, was inducted into the TV Week Logie Awards Hall of Fame. It was the first time that a program, rather than an individual, was to receive the honour. 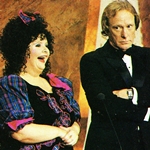 International guests on the night included Dennis Waterman, copping a grilling from Fast Forward‘s Pixie-Anne Wheatley (Szubanski), and Full House star John Stamos. For Waterman it was a return to the Logies stage, having been a guest presenter back in 1983. There were also plans for a live cross to Diana Ross, on tour in Queensland, to present an award. But the performer declined when she felt that she would not be looking her best having just been on stage in concert earlier that night. An offer to pre-record her segment was also declined. 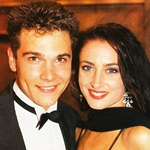 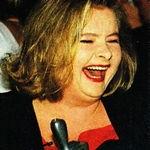 Most Popular Music Video: When Something Is Wrong With My Baby (Jimmy Barnes/John Farnham) 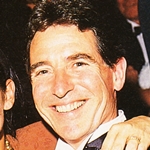 Permanent link to this article: https://televisionau.com/2017/04/tv-week-logie-awards-25-years-ago-7.html