Logies: The Famous Five
TV Week has announced the nominations for the upcoming 38th annual TV Week Logie Awards. In a change with tradition, each category will have five nominations and all but the Gold category will be narrowed to three nominations on the big night. Meanwhile, John Farnham has been announced as a guest performer on Logies night, three years after he took to the Logies stage with Tom Jones. “I get nervous about every big gig and the Logies is a big one,” he told TV Week. Kate Ceberano will also be performing at the Logies, singing the all-important opening number.  Producer Peter Wynne, working on his fourth Logies, says the emphasis will be on celebration. “Because it’s TV’s 40th anniversary in Australia this year, we’ll reflect on some elements of the past, but the show won’t be based on that,” he said. “In the presentation area, we’re going for a lot of people who are very humourous.” 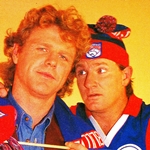 Just for kicks
Russell Gilbert, currently working on Hey Hey It’s Saturday, is set to co-host a new football show for Foxtel. Footy Fever is to be presented by Gilbert and now retired footballer Dermott Brereton. Brereton is no stranger to television, having appeared for several years on In Melbourne Today and In Sydney Today and more recently as a panellist on The Footy Show in Melbourne.

The Crying Game
It was an emotional return to Blue Heelers for former cast member Ann Burbrook. After her character Roz Patterson was written out of the series in 1994, she is now returning following the death of Roz’s estranged husband, Wayne (Grant Bowler), to claim his body and arrange for its burial. “It wasn’t difficult at all for me to cry through the episode,” Burbrook told TV Week. “When I remembered the fun times Roz had had with Wayne and imagined him being in that box, the tears just flowed.” Since leaving Blue Heelers, Burbrook has worked on Law Of The Land and Banjo Paterson’s Man From Snowy River and is soon to appear in the new ABC series, Mercury. 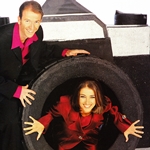 Looking snappy!
The success of Nine‘s Just Kidding has led to Network Ten bringing Candid Camera back to TV. The new look to the classic format will be hosted by stand up comedian Gary Eck and Totally Wild‘s Katrina Warren. As well as featuring new gags, the new Candid Camera will include some of the classics from the American original dating back to the 1950s. “I’m the first to agree that the black-and-white shows are by far the best,” Warren told TV Week. “In the Fifties, people were so much more gullible.” The last time Candid Camera was attempted on Australian television was back in 1989, also on Ten, with the show hosted by Tony Murphy and Lisa Peers. 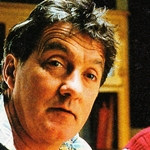 Monday: In Water Rats (7.30pm, Nine), Frank Holloway (Colin Friels) is accused of taking a bribe when he is caught on film collecting an envelope containing a large sum of money that’s been left in a waterfront warehouse. In Healthy Wealthy And Wise (7.30pm, Ten), Ross Greenwood looks at the rights and obligations of shoppers and consumers; and Tonia Todman takes the humble tea towel and transforms it into a colourful decor item. In Pacific Drive (11pm, Nine), Callie (Danielle Spencer) walks out on Rick (André Eikmeier), but accepts his simple and heartfelt apology.

Thursday: In Neighbours (6.30pm, Ten), Debbie (Marnie Reece-Wilmore) confesses to Phillip (Ian Rawlings) that Rosemary (Joy Chambers) accused her of having an affair with her boyfriend.