Waleed got nominated for the Gold Logie. So what? 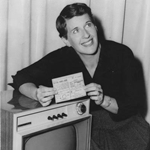 The early days of television in Adelaide are to be rediscovered in two exhibitions being presented by the State Library Of South Australia.

“Begin transmission: SA turns on the television” (9 April to 5 June, Treasures Wall) relives the memories of TV’s earliest days in Adelaide and goes back even further to rediscover the long road to get television to Australia.

The exhibition sheds some light on the difficulties faced in producing TV in the early days — and why NWS9’s opening night program was presented from the women’s dressing room!

Also on show is how TV news coverage has changed over the decades as well as reliving some of the big news stories and remembering some of the faces that have presented the news over that time.

The State Library Of South Australia is located at North Terrace, Adelaide.

Permanent link to this article: https://televisionau.com/2016/04/adelaides-tv-history-on-show.html