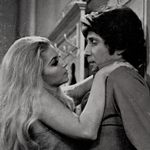 Network Ten will be celebrating its upcoming 50th anniversary with a special, 50 Years Young.

Ten has also put together a list of 50 favourite shows from the past 50 years and has opened the votes for viewers to name their all-time top 10. 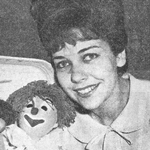 The list goes back to the earliest days of the network with children’s program The Magic Circle Club (featuring Nancy Cato, pictured right) and pop music show Go! both featured. Dramas include Number 96 (starring Abigail and Joe Hasham, pictured above), Matlock Police, The Box, Prisoner, Chopper Squad, The Restless Years, Carson’s Law, The Henderson Kids, E Street, Heartbreak High and Neighbours, through to The Secret Life Of Us, Puberty Blues and Offspring.

Mini-series are represented by The Dismissal, Bodyline, Return To Eden, Bangkok Hilton, Vietnam and Day Of The Roses. As well as The Magic Circle Club, other children’s titles include Simon Townsend’s Wonder World, The Early Bird Show, Ridgey Didge, Mulligrubs and Totally Wild. 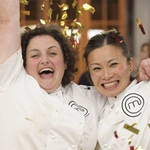 You can vote your top 10 favourites at Ten Play and the results will be featured in 50 Years Young.

An airdate for the program has yet to be announced.

Permanent link to this article: https://televisionau.com/2014/07/whats-your-favourite-ten-show-2.html