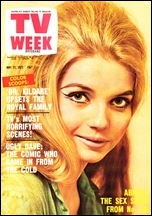 On Wednesday night’s Today Tonight, Abigail and her husband, actor Adrian Wright were depicted as ‘squatters’ living in a church hall – the story featuring blurry hidden-camera-type images of the former sex symbol, who shot to fame in controversial ‘70s soap Number 96 and later appeared in Sons And Daughters in the ‘80s and Chances in the ‘90s, as it sought to shame her as a reclusive hermit.  The story did acknowledge that the couple were living in the church building with the permission of the Uniting Church minister as the result of their own home being repeatedly damaged by flood, but attempted to portray them as a drain on the charity of others and the wider community.

The outrage that followed, with editorial and comments on TV Tonight, led to A Current Affair taking the opportunity on Thursday night to set the record straight on the former star’s situation – as someone who is seeking nothing more than a quiet life in the country, after years in the television spotlight, and like many others wanting to re-build after the devastating floods but not seeking any special treatment or fame or wanting to be known as a ‘sob story’.  The story featured supportive comments from close friend, producer Posie Graham-Evans, showbiz commentator Peter Ford and TV presenter and soap opera historian Andrew Mercado.

But, not to let ACA get away with the story, Today Tonight sought to rake together a ‘response’ to its own story from the previous night.  While TT’s initial story set out to shame the former TV legend, the follow up was overflowing with sympathy from John Michael Howson and actor John Orcsik as well as former Number 96 colleague Joe Hasham.  There were also more comments from Mercado, who also appeared in the initial TT story but perhaps not aware of the angle that the story was to take.

In its follow up, Today Tonight sought to link the plight of Abigail to a nostalgic tribute to another soap opera, Prisoner – a series that the actress had no significant link to at all, though her husband Wright was a cast member.  It was a curious story that really only appeared to serve as a retort to the A Current Affair story on Abigail as well as a catch-up to ACA’s tribute to Prisoner that went to air some weeks ago when the cast reunited to promote the show’s debut on pay-TV channel 111 Hits. 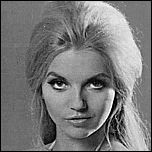 It is sad to see that Today Tonight has sparked this story in an attempt to shame someone so fondly remembered by the public whose only ‘crime’ is to innocently seek a private, peaceful retirement and to re-build from the devastation of the recent Victorian floods.  It is a sad contrast to rival ACA who have taken a more nostalgic approach in its recent revisiting of former TV favourites.

Permanent link to this article: https://televisionau.com/2011/03/tv-battle-over-abigail.html