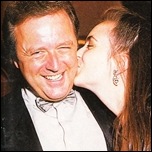 Johnny Young, the 60s pop star who created a generation of stars with the long-running Young Talent Time, is to be inducted into the ARIA Hall of Fame as recognition of his contribution to the Australian recording industry.

Born in the Netherlands but raised in Perth, Young was a chart-topper with songs including Cara-Lyn and Step Back and wrote several hits that went on to become ‘60s anthems, including Smiley and The Real Thing.  He also hosted a pop music program, Club 7Teen, for Perth’s TVW7.

In the late ‘60s, he featured on Melbourne-based pop music programs Go!! and Happening before starting Young Talent Time – a talent quest and variety series cast with junior performers.  Young’s adaptation of the Beatles song All My Loving served as the closing signature tune for Young Talent Time.

In 1990, Young was inducted in the TV Week Logie Awards’ Hall of Fame.

Young, 65, is now back in Perth presenting the breakfast program on radio station 6IX and is still performing.

The ARIA Awards’ Hall of Fame presentation is to be held on 27 October, hosted by Julia Zemiro. Also to be inducted this year are John Williamson, The Models, The Loved Ones and The Church.

Permanent link to this article: https://televisionau.com/2010/09/johnny-young-for-aria-hall-of-fame.html