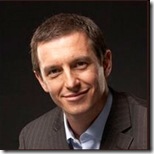 In opening last night’s season finale for Rove, host Rove McManus announced that he is winding up the show after ten years on air:

“It was a difficult call to make but after ten years it felt like time to step away from the show and take a break to properly reflect on what I want to do next as a performer.

“The relationship with David Mott (chief programming officer) and the team at Ten has given us the space to make a show that we are extremely proud of over the last ten years. It is more opportunity than most will ever get.  I thank them for their support and hope they have enjoyed the ride as much as I have.”

After hosting a talk show, The Loft, on Melbourne’s Channel 31, McManus made his network television debut in 1999, hosting a late-night comedy show on the Nine Network, Rove, with an ensemble cast of Peter Helliar, Corrine Grant and Dave Callan.  Nine declined to extend the show after its initial ten-week run and almost a year later Network Ten had announced it was taking on the show and moving it into prime time.

The slightly re-titled Rove Live initially appeared on Monday nights before settling into Tuesdays at 9.30pm.  The show filled a void for live light entertainment on TV, a gap noticeable since the demise of Hey Hey It’s Saturday in 1999. 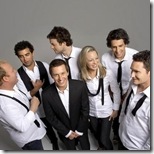 Rove Live continued until late-2006, when McManus’ wife Belinda Emmett passed away after a lengthy battle with cancer.  McManus then took a six-month break from television, even contemplating whether or not to return.  But in April 2007 he did return the show, back to its original title Rove, and moved to the competitive Sunday 8.30pm timeslot.  Although the timeslot change initially saw an improvement in the show’s ratings, Rove did eventually suffer from an ever-changing start time, often due to the varying end times for shows like Big Brother and Australian Idol.

The success of Rove led to McManus’ company Roving Enterprises producing a number of other programs for Network Ten – Skithouse, Before The Game, Hamish And Andy specials, Real Stories, ARIA Awards, The 7PM Project and an Australian adaptation of Are You Smarter Than A 5th Grader?

Rove has picked up three TV Week Gold Logies and has also co-hosted the Logie Awards.  He also appeared as a commentator on The Sydney Gay And Lesbian Mardi Gras, guest hosted Good Morning Australia, co-hosted the 2005 telethon for the Asia Tsunami Relief in a unique joint telecast between networks Seven, Nine and Ten, and co-hosted Network Ten’s 40th anniversary special, Seriously 40, with Bert Newton.

McManus has also presented Rove from the US and also appeared as a guest on NBC’s The Tonight Show With Jay Leno.

Network Ten has announced that its relationship with Roving Enterprises will continue into 2010 with The 7PM Project and Before The Game.

Permanent link to this article: https://televisionau.com/2009/11/rove-calls-it-a-day.html