Summer Bay bust-up!
After months of anguish the relationship between Shane (Dieter Brummer) and Angel (Melissa George) finally hits the rocks — and the catalyst for the bust up is Jack (Daniel Amalm). Jack has a teenage crush on Angel, so Shane, seething with jealousy, sets him up for a dream date. “Shane sets Jack up, writing a letter from Angel saying she’s fallen for him and inviting Jack to meet her at the bedroom window,” said George. Any chance of romance is dashed when Jack is sent to the wrong bedroom window and almost sharing the bed with an irate Mr Fisher (Norman Coburn). When Angel finds out Shane is the culprit then that’s when they break up — the culmination of months of drama including the pressures of living together, Angel’s personal ambitions, and Shane’s lack thereof, and the frustration of loving a child that cannot be a part of their lives.

“This is Hollywood at its dirtiest”
Just after Cameron Daddo scored a role in the upcoming US series Models Inc, his wife Alison Brahe has turned down a role in another series. “I definitely got the job, but I don’t think I’m going to take it because they are tying me up for four years,” Brahe told TV Week. The series, a television adaptation of Valley Of The Dolls, is to be produced for cable TV. Brahe had auditioned for the role of Jennifer, a bitchy woman high on drugs, but instead got the role of Anne, a naive mid-western girl who comes to LA and gets taken over by LA bigwigs. The change in role led to producers seeking to include a nudity clause in Brahe’s contract — and stretching the three months of production out to four years. Her manager Hank McCann (who also manages Daddo) described it as ‘Hollywood at its dirtiest’. 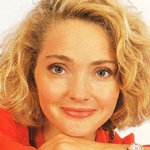 Goodbye Paradise!
Paradise Beach star Tiffany Lamb (pictured) is to leave the Nine Network series, but not without some steamy romance on her way out. Lamb’s character Lisa Barsby falls for an “arrogant young stud”, ex con Angel Bannister (Lochie Daddo). The smooth talking Angel is also to prove irresistible to a number of women around Paradise Beach and is set to change some of their lives forever. Daddo, recently seen as a gay man in an episode of GP, will be on the Gold Coast for four weeks of filming. “It’s a role I can really get my teeth into and it should be good to play,” he told TV Week. Lamb, who has been with Paradise Beach since its inception, is returning to Melbourne. She admits working on the series has been difficult given its struggling ratings and harsh critics. “You get to a point when you’re in a show that you’ve been in it for a year you start to feel it’s long enough,” she said.

“Even after all this time, it still amazes me how quickly the vultures come in to land after the TV Week Logie Awards each year. We accept that type of thing as part of life, just as we accept any fair criticism of the awards themselves, and even those who get a few good-natured laughs at our expense. What shot up my nostrils most, actually, was a release from the Seven Network‘s publicity department in Melbourne, four days after the Logies. Headed “Laughs over Logies? It has to be Seven!”, the release trumpeted the success of Seven’s telecast of the Melbourne International Comedy Festival charity benefit night and compared it with “the homogenised Logie Awards ceremony”. The comedy night was a great success, granted, but now some publicist at the Seven Network has suddenly become a critic? And now Seven’s policy is to turn on the Logie Awards, which they had spent the preceding days milking relentlessly as they plugged the network’s winners? Love us or hate us — and either is just dandy with me — but surely, Seven Network, you can’t expect to do both and maintain your credibility with anyone.”

Program Highlights (Melbourne, May 7-13):
Saturday: The NBL Mitsubishi Challenge — Melbourne Tigers versus Brisbane Bullets — is given a late-night delayed telecast (12am, Ten).

Sunday: Six hours of live AFL coverage starts with Sydney Swans versus St Kilda (1pm, Seven) from Sydney, then West Coast Eagles versus Carlton,  from Subiaco Oval. Then there are late night highlights of the Geelong versus Collingwood match at the MCG (10.50pm, Seven). Jimeon‘s self-titled comedy show reaches its series final. Sunday night movies are Regarding Henry (Seven), The Rookie (Nine) and Sleeping With The Enemy (repeat, Ten). 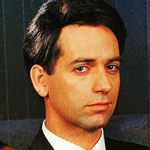 Tuesday: In Blue Heelers (7.30pm, Seven), the return of a convicted child killer to Mount Thomas could have grave consequences for the town. Jim Middleton and Paul Lyneham hosts one-hour coverage of the Federal Budget (7.30pm, ABC). Sigrid Thornton guest stars in GP (8.30pm, ABC) as Renee Jackson, a friend of Martin’s (Damian Rice) who comes to the surgery for treatment for schizophrenia, but Dr Ian Browning (Tony Llewellyn-Jones) finds that Renee has been misdiagnosed and is displaying the classic symptoms of manic depression.

Wednesday: In A Country Practice (7.30pm, Ten), Claire (Claudia Black) becomes involved with a young, single father who is trying to look after his baby. When the baby’s teenage mother returns, Claire’s attempts at marriage counselling stir up trouble. In Hey Dad! (8pm, Seven), Greg (Mark Owen-Taylor) stuns everyone when he brings home a brand new sports car.

Friday: In Neighbours (6.30pm, Ten), Kris (John Higginson) continues to romantically pursue Gaby (Rachel Blakely) but she wants to keep their relationship strictly business. In Home And Away (7pm, Seven), Tugs (Tristan Bancks) feelings for Beth (Toni Pearen) could have disastrous results for both of them. Friday night football includes delayed coverage of the Richmond versus Carlton game (9.30pm, Seven).