Logies: Who’ll walk away with Gold?
TV Week previews the 36th annual TV Week Logie Awards, to be hosted by Ray Martin (pictured) from the World Congress Centre, Melbourne. International guests include Michael Crawford, Grant Shaud (Murphy Brown) and Randy Crawford. The presentation is set to open with a space-age performance featuring David Dixon, Abi Tucker (Heartbreak High) and Caroline O’Connor. A total of 23 Logies will be handed out on the night, culminating with the Gold Logie for Most Popular Personality on Australian Television. The Logies after party will feature top acts from the Melbourne International Comedy Festival.

Most Popular Lifestyle/Information Program: Australia’s Most Wanted, Burke’s Backyard, Talk To The Animals

Most Popular Series: A Country Practice, GP, Home And Away

Most Popular Drama: Law Of The Land, Police Rescue, Snowy 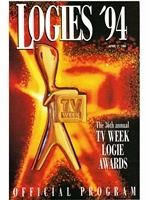 “The Logie Awards Official Program, which comes free with this issue of TV Week, mentions several firsts for the awards, not the least being the Sunday night timeslot. The program itself also is a first. It is the same program that invited guests will find on their seats in the John Batman Theatre at the World Congress Centre. A lot of fun in putting the program together revolved around the questions on Page 10. To go back over their history, particularly those formative years when television itself was just finding its way, is a fascinating exercise. For instance, until we started delving into the archives I hadn’t realised that the 1963 awards were postponed because the overseas guest didn’t turn up.”

Monday: In Talk To The Animals (7.30pm, Seven), Mike Lester goes behind the scenes at a dog show, Dr Harry Cooper visits Melbourne Zoo to assist in the vaccinations of some meerkats, and Steve Oemcke looks at dog sled races with Siberian huskies and Alaskan malamutes. In Healthy Wealthy And Wise (7.30pm, Ten), Lyn Talbot has advice for people buying computers, and Tonia Todman makes an unusual garden gift. 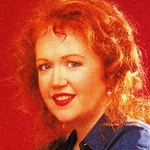 Tuesday: In Blue Heelers (7.30pm, Seven), when her ex-husband is supposedly found dead, no-one is more surprised than Chris (Julie Nihill, pictured) when she finds that he is very much alive. In GP (8.30pm, ABC), Zoe (Janelle Owen) gets a taste of the workforce and responsibility when she a lands a part-time job.

Wednesday: In A Country Practice (7.30pm, Ten), Maggie (Joan Sydney) and Claire (Claudia Black) are called in to keep the peace as the rush is on to have renovations completed in time for the official opening of the local health centre. The Melbourne International Festival Charity Gala (8.30pm, Seven), hosted by Wendy Harmer, features performers including the Tokyo Shock Boys, Bobcat Goldthwait, Jimeoin, Tania Lacy and the Del Rubio Triplets.

Thursday: In Neighbours (6.30pm, Ten), Doug (Terence Donovan) and Cody (Peta Brady) are at loggerheads over the sale of the house. In Heartland (8.30pm, ABC), Vincent (Ernie Dingo) realises that he must confront his past before he can face any future.