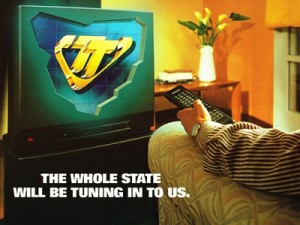 The Government’s plan for aggregation of regional television markets enabled viewers in the more populated regional areas of New South Wales (including ACT), Queensland and Victoria to have the same level of choice of commercial television as their major city cousins. Once these states were completed the next stage was to introduce the scheme to …

END_OF_DOCUMENT_TOKEN_TO_BE_REPLACED

Permanent link to this article: https://televisionau.com/2014/04/aggregation-on-the-apple-isle.html